Jonathan Holloway, a U.S. historian, took office as the 21st president of Rutgers, The State University of New Jersey, on July 1, 2020. He also serves as a University Professor and Distinguished Professor.

He is the author of The Cause of Freedom: A Concise History of African Americans (Oxford University Press, February 2021) as well as Confronting the Veil: Abram Harris Jr., E. Franklin Frazier, and Ralph Bunche, 1919-1941 (2002), and Jim Crow Wisdom: Memory and Identity in Black America Since 1940 (2013), the latter two published by the University of North Carolina Press. He edited Ralph Bunche’s A Brief and Tentative Analysis of Negro Leadership (New York University Press, 2005) and coedited Black Scholars on the Line: Race, Social Science, and American Thought in the Twentieth Century (Notre Dame University Press, 2007). He wrote the introduction for the 2015 edition of W.E.B. Du Bois’s Souls of Black Folk (Yale University Press), and is working on a new book, A History of Absence: Race and the Making of the Modern World.

Dr. Holloway, who began his academic career at the University of California, San Diego, received a bachelor’s degree with honors in American studies from Stanford University and a Ph.D. in history from Yale University.

He serves on boards of the Smithsonian's National Museum of African American History and Culture, the Andrew W. Mellon Foundation, the Gates Cambridge Trust, the American Academy of Arts and Sciences, the Universities Research Association, the Institute of International Education, and the Academic Leadership Institute. In 2021, New Jersey Governor Phil Murphy appointed him as one of four co-chairs of the state’s Wealth Disparity Task Force.

Dr. Holloway is an elected member of the American Academy of Arts and Sciences and the Society of American Historians. He is a Fellow of the Council on Foreign Relations.

He is married to Aisling Colón. They have a daughter, Emerson, and son, Ellison.

Learn about President Holloway’s 20 predecessors and their roles in shaping Rutgers.

An excerpt from the profile: “From my father, I got discipline and rigor and ambition. From my mother, who I loved in very uncomplicated ways, I learned the idea of grace and being able to listen. If ever there is a time when people need to be authentically listened to, it’s now.” 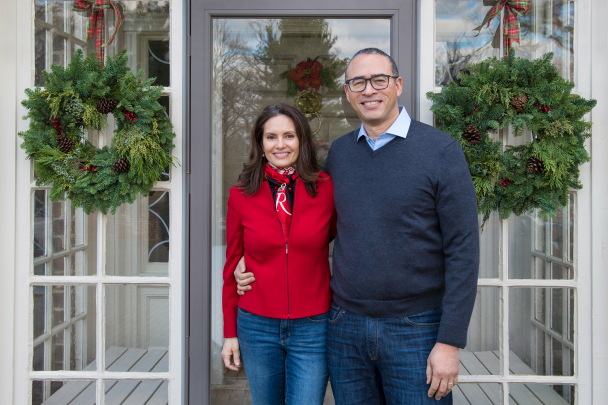 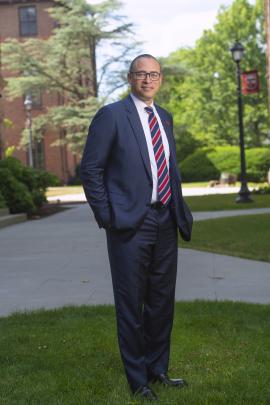 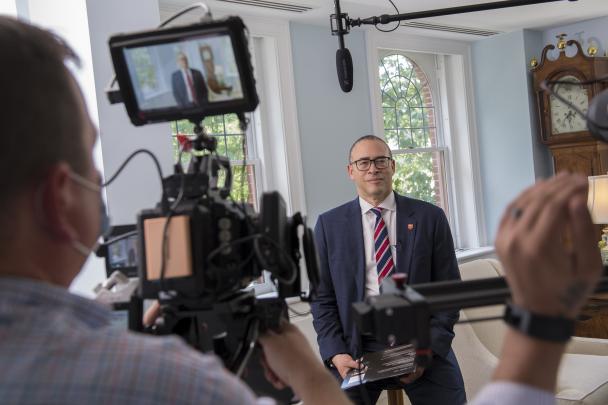 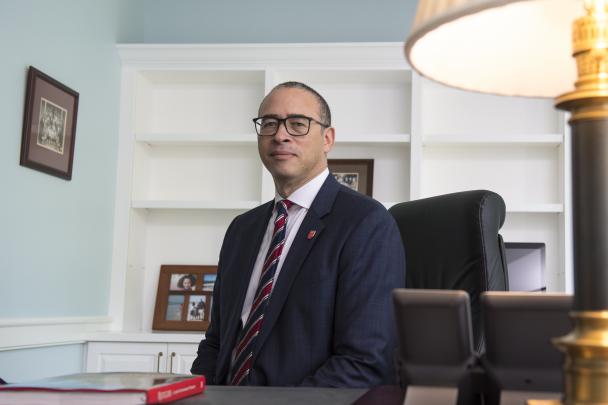 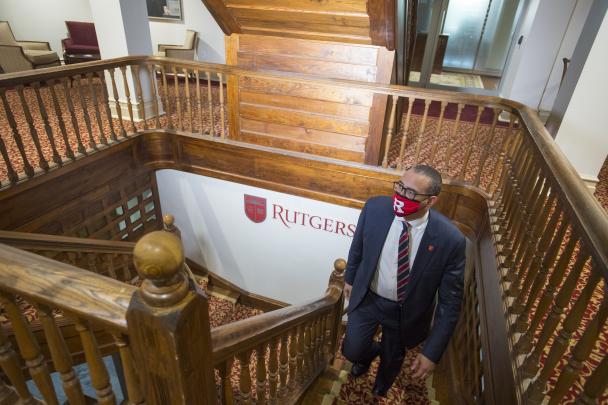 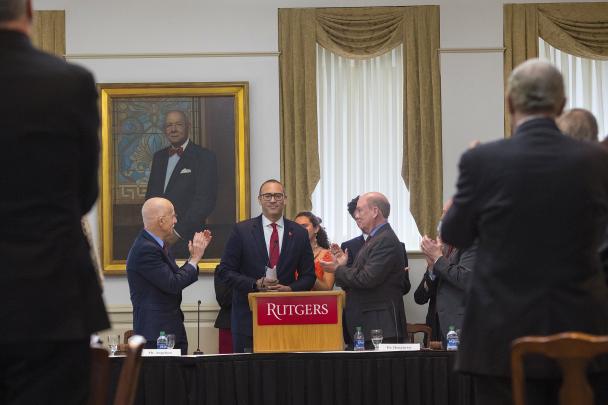 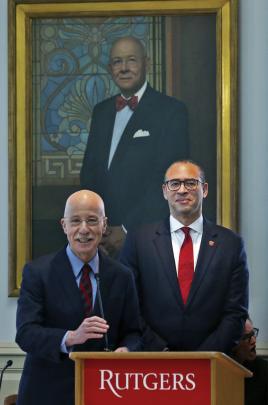 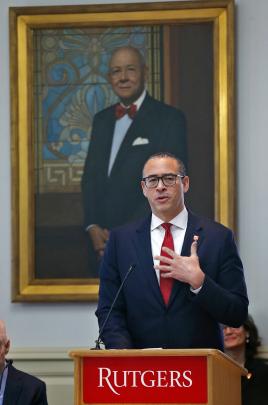 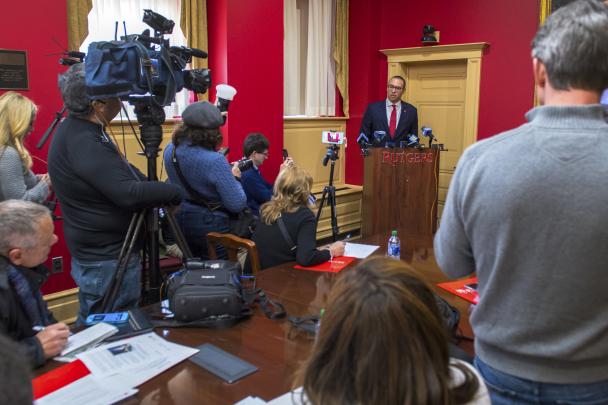 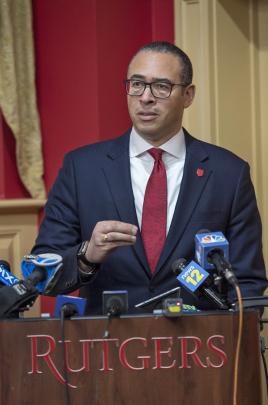 President Jonathan Holloway and his wife, Aisling Colón, outside the front entrance to the President’s House.

Jonathan Holloway, the 21st president of Rutgers, began his presidency on July 1, 2020.

President Holloway is filmed by a Rutgers video team in the president's suite in Winants Hall as he prepares to record an address to the university community.

President Holloway settles into his new role. He leads one of the nation's great research universities.

President Holloway ascends the central staircase in Winants Hall. He assumes the presidency at an unprecedented time, as the university continues to respond to the COVID-19 pandemic and prepares to repopulate spaces in the fall.

Holloway received a standing ovation at the joint meeting of the Board of Governors and Board of Trustees on January 21, 2020, when his appointment as Rutgers’ 21st president was announced.

“I believe a recognition of leadership is earned and that the best way to earn it is to act with integrity in everything that one does,” said Holloway, as he addressed board members, family, and the university community on January 21, 2020.

In the Scarlet Room of Winants Hall, Holloway met the media and took questions as he was introduced as the future president of Rutgers on January 21, 2020.

In front of members of the media from across the New York-New Jersey-Pennsylvania region, Jonathan Holloway took his first questions from the press as Rutgers president-designate on January 21, 2020.