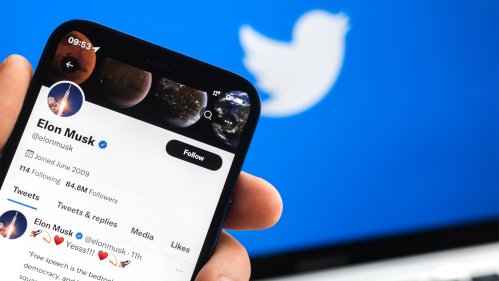 Will Twitter survive Musk’s tumultuous takeover? Will concerns about brand safety scare off advertisers? Should users pay to post their opinions? Will attempts to bolster free speech only elevate hate speech?
Shutterstock

News that Elon Musk bought Twitter for $44 billion on Oct. 27 barely had a chance to "sink in" before the billionaire got busy gutting the social media platform.

In little more than a month, Musk slashed his staff, reinstated 62,000 banned accounts, introduced a plan to switch from ad-sponsored to a paid user subscription and changed the way misinformation is policed.

Just this week he went to war with Apple – and then quickly settled it – over speculation that the iPhone maker was considering removing Twitter from its app store.

Will Twitter survive Musk’s tumultuous takeover? Will concerns about brand safety scare off advertisers? Should users pay to post their opinions? Will attempts to bolster free speech only elevate hate speech?

Rutgers Today asked Stacy Smollin Schwartz, a marketing professor at Rutgers Business School and the founding director of its fully online Master of Science in Digital Marketing program, to shed some light on the story, which is changing by the hour.

Twitter shed over half of its employees since Elon Musk took the helm. But Mark Zuckerberg and Jeff Bezos also announced recent layoffs at Meta/Facebook and Amazon, with Google following suit. What is going on, and what does this mean for the user experience?

Big Tech has seen enormous growth in the past few years, even throughout the pandemic, and it is inevitable that there would be a contraction in an economic recession.

Most of this downsizing has been relatively mild corrections in the big picture. For instance, after growing by more than 23 percent in 2021 to more than 1.6 million employees, Amazon is expected to lay off approximately 10,000 positions this year – or less than 1 percent of its total workforce. Same with Google, which is expected to cut 7 percent of its workforce after growing it 16 percent last year.

Meta got hit a little harder than its peers, because of its ill-timed and ambitious bet on an ad-supported metaverse in 2022. Meta’s data-driven ad-supported revenue model was further strained by Apple’s enforcement of its 2021 App Tracking Transparency (ATT) Policy, which limits the ad targeting capabilities of Facebook and Instagram. As a result, Meta recently eliminated 11,000 jobs, or 13 percent of its workforce.

None of these headlines has me concerned about the long-term viability of social media platforms or the role of advertising as a significant source of their funding.  However, with Twitter, it does. Recently – and rather indiscriminately – Twitter cut its workforce in half, back down to staffing levels last seen in 2017. This was not downsizing, this was slashing.

In the last month, Twitter announced new terms of service regulations, unlocked controversial suspended accounts and rolled out a verification procedure that was swiftly rolled back. What Twitter advertising trends do you expect to see in the future given this new policy? Do you anticipate companies will leave or reduce spending or vice versa? Will moving away from an advertising model cause too much loss in revenue?

Twitter derives revenue from advertisers, many of whom purchase the bulk of their digital ad inventory in May for the following year during an industry event called the “newfronts.”

Last year, Twitter had a strong presence at the event, showcasing its content and advertising capabilities just one month after Musk made his initial offer to purchase Twitter. Many advertisers shied away, concerned about the uncertainty Musk’s offer brought to the platform.

Since that time and throughout the acquisition, Musk has done little to reassure advertisers that Twitter would remain a stable, brand-safe environment for their advertising messages. Amidst all the public controversy, many marketers who did invest opted to indefinitely pause their campaigns, which generated insults and more drama from Musk, pushing them even further away.

Some experts say that Elon Musk is intentionally trying to bankrupt Twitter. What do you think?

I do not think he is trying to purposely bankrupt Twitter. Rather, he is trying to demonstrate to the world that he needs to break things to fix them his way. Although Musk claims that drastic steps are necessary so that Twitter doesn’t go bankrupt (especially given the level of debt he incurred), it is difficult for me to comprehend how mistreating your employees, confusing your users and repelling your only revenue stream is doing right by your investors.

But those who believe in Musk are used to his special brand of chaos, drama and celebrity. They likely embrace this as evidence of “genius,” part of his innovation process.

What does this mean for Twitter long term?  What are your thoughts on how Twitter can be improved?

I do think there are some inherent problems with social media in general that need addressing, namely getting verification under control and amplifying real humans as opposed to bots and trolls, agreeing on an acceptable way to deal with and prevent hate speech and enhancing the user experience while relying on an ad-supported model that can fatigue users.

If you believe in the social benefits of Twitter in the long-term, perhaps its future does lie in introducing a subscription model. For example, what if you could read Twitter for free, but there is a paywall if you want the ability to post? Or perhaps each Tweet posted beyond a minimum allocation will require a micropayment? These steps might re-humanize the platform, weeding out the bots and trolls as well as the real humans who don’t think sharing their opinion is worth paying for.

Adding a subscription model would surely shrink Twitter as we know it (both in users and content) and allow new competitors to emerge.

Social media has become a primary source of information from national, state and local government agencies during natural disasters, including hurricanes and earthquakes, and safety crises such as mass shootings. What responsibility does Twitter have to ensure that emergency communications are accurate and timely to save lives? Should social media channels be regulated like public utilities given that they play such a crucial role in distributing public information?

As a for-profit enterprise without a social mission, Musk has no responsibility to maintain the platform for public crises or emergency use.

Should he wish to do so, in the subscription model outlined above, it is conceivable that verified government and nonprofit (but apolitical) entities could receive free subscriptions that allow them to post as needed for the benefit of the public.

There is a real possibility that Twitter withers away under its debt obligations under Musk’s watch. If this happens, government and public entities will find a replacement for their broadcast messages, and journalists will need to find a replacement for researching stories and finding relevant sources – perhaps an existing platform like Reddit or TikTok will rise to the occasion, or a new micro-blog platform will emerge as substitute. 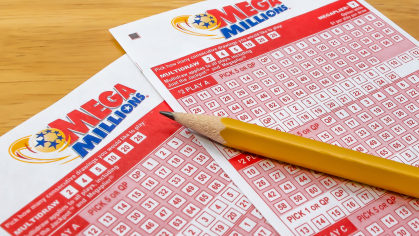