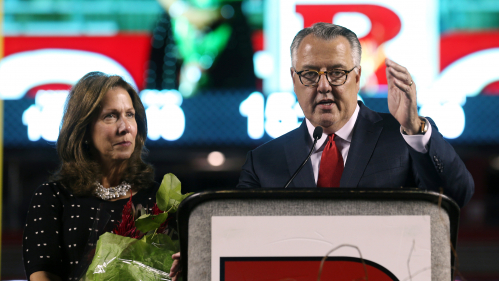 The gift from the Browns is the third million-dollar commitment to the Rutgers Scarlet Promise Grants program since President Jonathan Holloway’s call for support on July 1.

Greg and Anna Brown have committed $1 million in support of Rutgers’ Scarlet Promise Grants, a universitywide program that provides financial aid and emergency support to Rutgers students for whom a Rutgers education otherwise would be impossible.

The Browns' gift is the third made in support of the initiative since July 1, when Rutgers President Jonathan Holloway, in his first address to the Rutgers community, issued a challenge to generate $10 million in support of the grants. Their donation follows a $1 million gift from Board of Overseers member Gary Rodkin and his wife Barbara Rodkin, who sits on the Douglass Residential College Alumnae External Advisory Board, and a $1 million gift from Board of Governors chair Mark Angelson, which Holloway also announced July 1. Holloway himself has committed $75,000 to the effort.

“The COVID-19 pandemic has exposed the financial vulnerability of many current and prospective Rutgers students and their families,” said Holloway. “At a time when affordable access to higher education is more essential than ever, these grants give many students the leg up they need to distinguish themselves at Rutgers by providing a financial bridge that facilitates their success.”

A 1982 graduate of Rutgers’ Livingston College, Greg Brown is the chair and CEO of Motorola Solutions and a member, and former chair, of the Rutgers University Board of Governors. He served on the university’s Board of Trustees and on the Rutgers University Foundation Board of Overseers. In 2010, he was inducted into the Rutgers Hall of Distinguished Alumni, an honor bestowed on Rutgers graduates who have devoted time and energy to the greater good of society and the university.

The Browns have contributed more than $14 million to Rutgers, including $4 million in 2018 to create a state-of-the-art football locker room facility for Rutgers Athletics and $3.5 million in 2016 to kickstart the R Big Ten Build campaign. The recruiting pavilion in SHI Stadium bears the family’s name—another symbol of the couple’s unwavering commitment to Scarlet Knights athletics.

Their interests extend far beyond sports. Greg and Anna Brown have long supported the Rutgers Psychological Clinic at the Graduate School of Applied and Professional Psychology since Anna is the granddaughter of Henry and Anna Starr, who founded the original clinic in 1929. They also created the Gregory Q. Brown Chair in Cell Biology and Neuroscience in honor of his mother, Winifred Brown, who died in 2012.

“Anna and I are grateful for what the university has provided us and thrilled to make this gift in support of President Holloway’s vision,” said Brown. “Our aspiration is that this program gives students hope during this difficult time and offers them a chance to excel in their chosen fields of study and beyond. And we hope other members of the Rutgers community will join us in this effort.”

A majority of Rutgers students require assistance in order to attend the university, annually demonstrating $100 million in financial need. Last year, more than 10,000 students qualified for Scarlet Promise Grants, receiving them as part of their comprehensive financial aid packages. Rutgers also awards the grants for hardship appeals, such as the death of a parent, loss of employment, and health emergencies. They range from $500 to $5,000 per academic year.

“Robust financial aid helps put Rutgers in the company of this nation’s elite institutions,” said Holloway. “It ensures that Rutgers students have the opportunity to be students and not have to figure out how to make ends meet. Their success is vital because it yields huge benefits for our society—economic competitiveness, social awareness, creativity and innovation, and much more.”

The current initiative builds on an effort spearheaded by the Rutgers Board of Trustees, which in 2019 committed to creating a $3 million endowment dedicated to Scarlet Promise Grants. 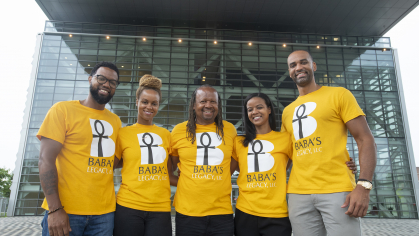 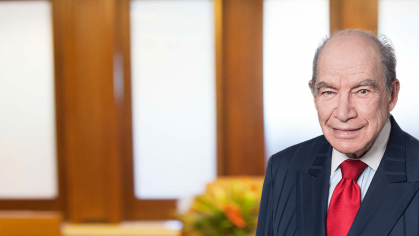 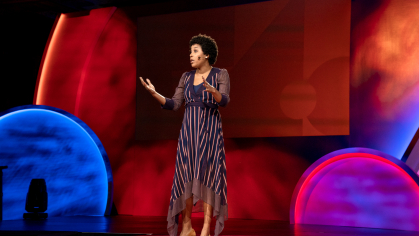