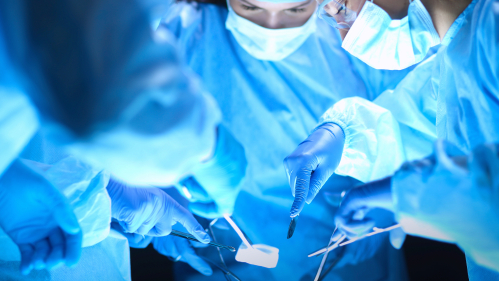 Women are more likely to die within five years of having elective surgery to repair a weakening in the wall of the aorta or need repeat surgery, according to a recent Rutgers study.

Writing in the Journal of Vascular Surgery, Rutgers researchers said the disparity between men and women who undergo the surgery needs to be addressed by including women in early aortic aneurysm screening as well as incorporating more women in clinical trials of aortic medical devices.

“Despite the fact that men are more likely to be diagnosed with and to die from abdominal aortic aneurysm [AAA], women are still under-represented in many clinical trials for the aortic devices used in minimally invasive aortic aneurysm repair,” said William Beckerman, who led the study and is an assistant professor in the Division of Vascular Surgery and Endovascular Therapy at Rutgers Robert Wood Johnson Medical School. “As men and women are known to have different aortic anatomy, this study highlights the need for an increased focus on, and inclusion of women in aortic device creation and subsequent trial enrollment.”

An abdominal aortic aneurysm, a condition that led to the death of Albert Einstein in 1955, is potentially life-threatening and common among the elderly. Such aneurysms happen when the abdominal aorta – the main blood vessel that supplies blood to the belly, pelvis and legs – bulges, then ruptures and ultimately hemorrhages.

The treatment, a surgery known as endovascular abdominal aortic aneurysm repair (EVAR), focuses on addressing the problem early by inserting fabric-covered metal supports within a person’s damaged aortic vessel to gird the weak spot before it balloons and bursts.

Aortic aneurysms or aortic dissections were the cause of 9,904 deaths in 2019, according to the U.S. Centers for Disease Control and Prevention.

Researchers conducted a retrospective chart review of 273 patients –75 percent of them male and 25 percent female – who underwent EVAR from 2011 to 2020 at a tertiary medical center, a facility serving patients receiving highly specialized medical care. The idea was to learn how many patients survived five years beyond the surgery and how many needed repeat surgeries. The females were older on average than the males and were more likely to have chronic obstructive pulmonary disease, require home oxygen therapy or dialysis.

Despite some variations in morbidities, the differences in survival and repeat surgery were statistically significant, the researchers found. Females had significantly lower survival rates at five years as well as a higher rate of re-intervention within those years.

“Our question was, knowing all these things that we do, do men and women have different outcomes – even though they're being operated on by the same surgeon, at the same hospital with the same devices?” Beckerman said. “The answer to that was ‘yes.’ Men and women do differently after surgery.”