What Does the Debt-Ceiling Fight Mean to You? 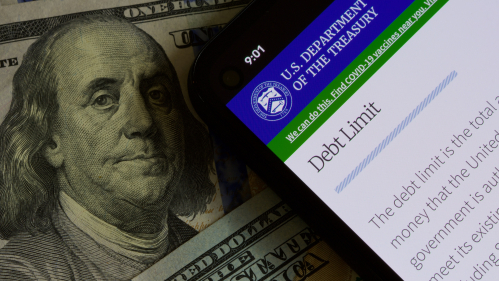 Hitting the debt ceiling – how much money the federal government can borrow to pay its bills – could lead to economic catastrophe if the situation isn’t handled appropriately, said John Longo, a professor of professional practice at Rutgers Business School - Newark and New Brunswick.

The U.S. government is borrowing up to the $31.4 trillion debt limit, which has prompted Senate and House discussions on whether to raise it or risk economic disaster.

Finance and economic expert Longo explained what this means for the average taxpayer and who is the most vulnerable if there is a default.

What is the debt limit and why does it have to be raised?

The federal government runs a persistent budget deficit. That is, its annual inflows, which largely come from taxes and fees, are less than its yearly spending. The U.S. Constitution allows Congress to control the federal government’s finances. Therefore, it must approve federal debt increases, which may be viewed as the sum of our country’s annual deficit from its founding until the present. Unless Congress approves increasing the debt ceiling, there is a risk that the U.S. government cannot pay its bills, which would have severely negative economic implications.

So what does this mean for the average taxpayer?

The odds are that it will mean nothing for the average taxpayer in the short run since the debt ceiling has been extended roughly a hundred times since it was instituted in 1917. If the taxpayer receives some payment from the federal government, there may be a delay in receiving a promised payment.

If the debt ceiling is not extended and the federal government defaults on its U.S. Treasury obligations, it may result in a crash in financial assets, severely impacting most taxpayers. In the long run, taxes may increase or federal government spending must come down. This is because there is growing frustration on both sides of the political aisle with regularly facing the debt-ceiling issue.

Who will be most affected?

The immediate effect will be on those reliant on the federal government for payments. There may be a delay in receiving promised payments or receiving less than what they are owed. First in line is likely external government vendors or contractors. Then it can get quite serious since U.S. military members and those receiving federal government entitlement benefits won’t get paid on time. These entitlement beneficiaries include those receiving payments from programs that support Social Security, Medicaid and food and housing assistance. Overall economic spending would be reduced, likely pushing the U.S. economy into a recession.

Perhaps most seriously, if the U.S. Treasury does not meet its debt obligations, it would result in a default on trillions of dollars of assets. These assets, currently considered high investment grade, would turn into “junk” bonds overnight and may result in a cascade of selling across many financial assets. The U.S. Treasury can utilize accounting gimmicks to postpone the day of financial reckoning for several months, but it cannot go on indefinitely. Congress knows these issues and usually agrees to a deal at the last minute. Since the federal government almost always runs a budget deficit, it basically amounts to kicking the can down the road, which is why the debt-ceiling issue resurfaces every year or two.

What does the fight over the House Speaker foreshadow about the debt-ceiling fight?

The majority of the House and Senate must approve the debt-ceiling expansion. The current speaker of the House, Kevin McCarthy, was barely elected after more than a dozen failed elections. A sizable contingent of those opposing his nomination want greater fiscal austerity and said they would not vote to raise the debt ceiling. Some congresspeople want concessions, primarily in the form of spending cuts or increased taxes, to vote for an extension of the debt ceiling. In short, there is often a lot of political wrangling going on behind the scenes before the limit is increased, yet again.

Why are politicians even fighting about this in the first place?

Congress controls the federal government’s purse strings. They won’t let the federal government run an unlimited budget deficit, so the debt-ceiling issue is likely to resurface every year or so. It is highly unlikely that the federal government will run a persistent budget surplus since most congresspeople like to spend money. An aspirational goal may be to have a balanced federal budget in the long run. Several states have operated on this model, so it is not an impossible task.

However, I think the odds are we will continue to do what has happened since the current model was adopted in the early 1900s. We will continue to face this issue every year or two until there is bipartisan agreement on a more rational model.