Is Voter Fraud a Danger or a Myth? 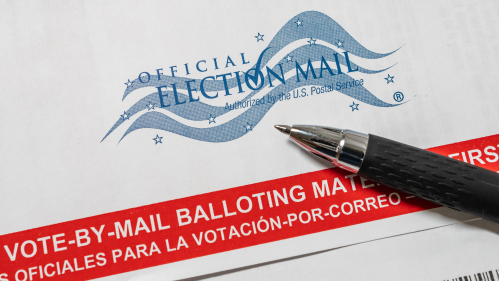 In the homestretch of the 2020 U.S. presidential election, the conversation surrounding mail-in ballots has hit a fever pitch. The big question: is voter fraud real and do mail-in ballots make voting more susceptible to it?

Lorraine C. Minnite, an associate professor of public policy at Rutgers University–Camden, who wrote the book, The Myth of Voter Fraud, provides some answers.

Is voter fraud real, and why does the issue come up around election time every year, especially during presidential election years?

Fraud committed by voters is exceedingly rare. But allegations of voter fraud are ubiquitous. They are almost always leveled by opponents when reformers seek to make it easier to vote, not just at election time. The specter of voter fraud is used to scare people and justify rules that make it harder to vote for that segment of the population that already votes the least – the poor, new citizen voters, young people and, most importantly, racial minorities.

What do you see as the real, underlying reasons for these arguments?

Political and economic power and the desire to maintain that power. It is important to understand that a robust democracy, in which all citizens are engaged in the process of selecting representatives who will govern them, is the greatest threat to concentrated wealth and power ever invented. There is a reason why the poorer you are, the less educated you are, the less likely it is you will vote and it is not because the lack of material and educational resources somehow prevents people from being able to understand the issues of importance to them, or to make decisions about leadership that are any less rational than others.

The well-known class and racial biases of the American electorate are designed into the system to protect wealth and power from the countervailing forces of moderation and equality that would be unleashed if we had a more democratic system of self-governance.

What safeguards are in place to ensure that voter fraud doesn’t happen?

There are many safeguards. All states criminalize behavior we would call voter fraud. Moreover, voters must be registered, and their eligibility and identity verified. Registration lists by law are regularly culled by county clerks, eliminating people who have died, moved away or who have otherwise become ineligible to vote.

In New Jersey, in response to the COVID-19 pandemic, mail ballots have been sent to active registered voters. The return envelopes are barcoded so ballots can be tracked. Voters’ signatures will be checked against the registration rolls, and anyone mailed a ballot who attempts to vote in person will be given a provisional ballot that will be verified and counted after all of the mail ballots have been processed.

Voter fraud has been an even hotter topic than usual, as President Donald Trump has alleged that the number of mail-in ballots cast could make the election especially vulnerable to fraud. What do statistics show about the reality of voter fraud regarding mail-in ballots?

We don’t have comprehensive statistical information on the incidence of mail ballot fraud so it’s difficult to cite specific data, but the story the available data tell is the same as it is for in-person voting – there is very little mail ballot voter fraud in the United States committed by voters.

The conservative Heritage Foundation has compiled data that they have relied on for more than a decade to promote the erroneous idea that voter fraud is real, rampant, easy to commit and easy to hide. Their database, going back to 1988, actually contains just 206 cases of "Fraudulent Use of an Absentee Ballot," or roughly six or seven cases per year. Over this same period more than 1.6 billion votes were cast in federal elections alone, which means mail ballot fraud is quite rare relative to the number of ballots cast in U.S. elections.

What effect do you think the pandemic will have on how people cast their ballots?

The pandemic is causing an unprecedented shift away from in-person voting on Election Day. Before the pandemic, the trends in mail balloting were moving toward more acceptance and use of early voting, though only four or five states conducted their elections entirely by mail. In 2016, about a quarter of all ballots cast – just over 33 million – were cast by mail.

In 2020, however, over 70 million Americans have requested mail ballots, which means that about half of all ballots in the general election will likely be mail ballots. Experts are predicting record turnout of 65 percent this year, the highest in over 100 years.

In this new era of social distancing, what measures do you think could be – or should be – done in the future to ensure that people’s votes are counted?

Until we can defeat the virus and end the pandemic, we are probably going to need to rely on mail balloting, so we need to be sure voters can correct any mistakes they make in submitting those ballots. But there is much more we need to do to ensure that people’s votes are counted. We need to restore the Voting Rights Act, simplify and modernize the voting process, provide necessary resources to election agencies, and most importantly, amend the Constitution to recognize an expansive individual right to vote and abolish the Electoral College.