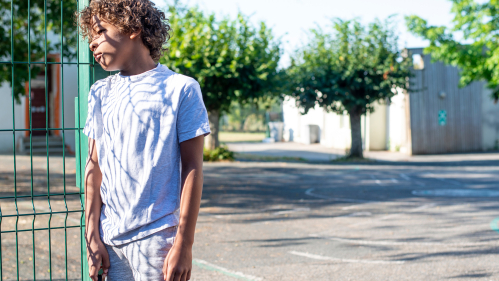 Nationwide, children who are removed from their homes by child protective services for fewer than 30 days are overwhelmingly Asian American, Black or Native American, raising questions about the impartiality of states’ child welfare systems and policies, according to a Rutgers study.

“Removing children from their homes, while sometimes necessary, should always be the last resort,” said Cassandra Simmel, an associate professor at the School of Social Work at Rutgers University and co-author of the study published in the journal Children and Youth Services Review. “Our data, which looked at children and adolescents removed temporarily, show that certain families and populations are targeted more than others.”

Most research into child welfare placements has focused on long-term stays lasting longer than a month. Children who have “short stays” – placements lasting between eight and 30 days in foster care – and “very-short stays” (up to a week) are understudied populations, Simmel said.

To better understand the demographic composition of these groups, Simmel and Zoë Getz, a former graduate student in the Rutgers School of Social Work, along with two other colleagues, analyzed the files of 251,112 children across the country recorded in the Adoption and Foster Care Analysis and Reporting System, a federally mandated data set that provides case-level information for children served by all US states’ child welfare systems.

They found that infants younger than a year who were Asian American, Black or Native American and from married couple or single-male headed households had the highest probability of being a short stayer. Children between ages 6 and 11 from similar backgrounds were most likely to be very-short stayers.

The researchers also determined while some short and very-short stayers were removed from their homes on suspicion of physical and sexual abuse, neglect or absence, most had an undetermined reason. The odds of short stays were significantly lower for children with court-ordered removals.

Finally, most short stayers were relocated to institutional, nonfamily settings, but were more likely to return to their original caregivers or relatives upon discharge.

“Many have raised concerns about how the child welfare system targets some racial and ethnic communities more than others,” said Simmel. “Do our results reflect this as well? Are removal decisions addressing the totality of families’ living situations or are families being penalized for lack of access to necessary community supports and resources?”

More research is needed to understand these disparities, but subsequent work by Simmel and colleagues offers clues. A study she recently co-authored published in the journal Child Maltreatment found that children who live in states with more police per capita and more people receiving food assistance had the highest odds of experiencing short stays, perhaps reflecting a surveillance bias for many families and communities.

It is also important to understand how short stays may predict subsequent longer-term involvement with child welfare systems.

Simmel said in many cases, providing access to family support and resources could be a better solution than removing children.

“It’s very hard for children so young to understand why they are being removed and doing so can have serious long-term consequences for their emotional well-being,” Simmel said. “We really need to think more about what judgments are being made to remove children from their families, especially for such short periods of time.”