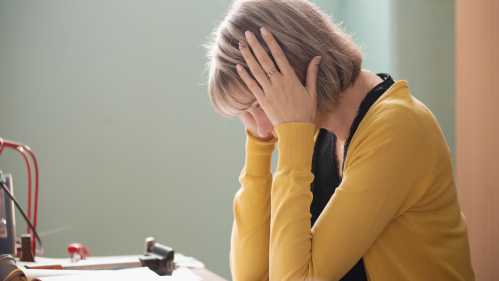 Almost half of teachers express desire to quit or transfer, survey says

One-third of teachers say students verbally harassed or threatened them with violence at least once during the COVID-19 pandemic and nearly half considered quitting or transferring, according to a survey by an American Psychological Association (APA) task force and co-authored by a Rutgers researcher.

The APA Task Force on Violence Against Educators and School Personnel surveyed approximately 15,000 pre-K and K–12 teachers, administrators, school psychologists and social workers and other school staff from July 2020 to June 2021 as the nation faced racial societal unrest, a global pandemic, concerns over student mental health and the aftermath of a disputed presidential election.

“Violence against teachers and school personnel is a public health crisis,” said co-author Linda A. Reddy, professor in the school psychology doctoral program at the Rutgers Graduate School of Applied and Professional Psychology. “There have been significant concerns for the well-being of our school personnel. It is a consistent problem that must be dealt with. Educators, school staff and students are all at risk.”

Teachers and school personnel were asked about threats of violence like verbal harassment or threats and cyberbullying from students, parents/guardians, colleagues and administrators and physical violence from students.

Even during the pandemic when many schools were implementing remote or hybrid instruction, there were substantial rates of physical violence against teachers and school personnel.

The report said current and future decisions by teachers and other school staff to quit affect the quality of our schools and the next generations of learners, educators and school leaders in the nation.