A doctoral student in ecology and evolution is turning microorganisms into art, and her hobby into a powerful tool for genomics studies at Rutgers University-New Brunswick.

Julia Van Etten’s "Couch Microscopy" Instagram page has attracted close to 18,000 followers in a year and a half, thanks to her breathtakingly detailed videos and photos of diatoms, algae, plankton, insect larvae and other microorganisms collected from New Jersey bodies of water. The images, captured with a $315 microscope, have garnered attention from scientists, artists and everyone in between. 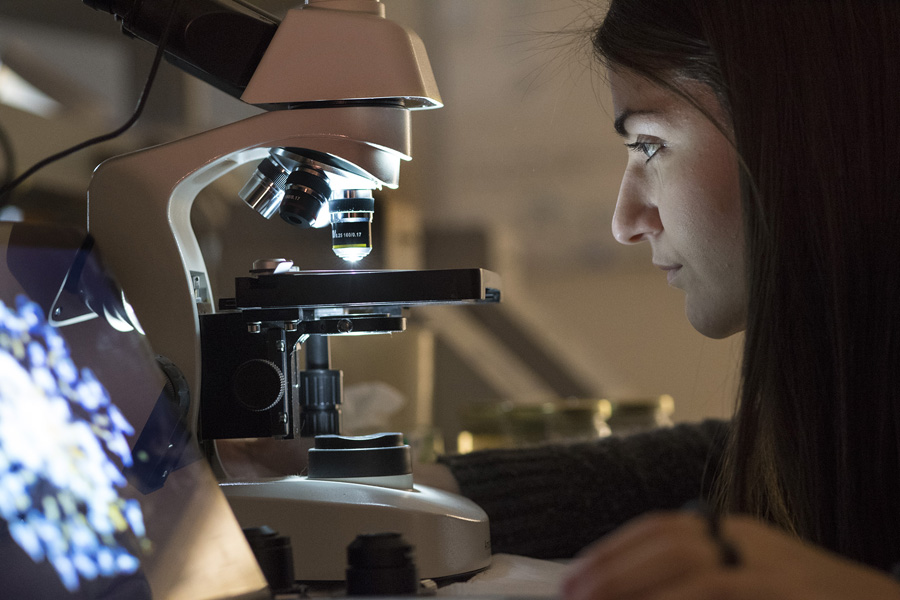 Julia Van Etten has attracted close to 18,000 followers on her "Couch Microscopy" Instagram page, thanks to her breathtakingly detailed videos and photos of diatoms, algae, plankton, insect larvae and other microorganisms collected from New Jersey bodies of water. (photo: Nick Romanenko)

“Major research groups are going to the ends of the earth to search for diverse beautiful species to uncover and of course that’s really important, but there are literally undiscovered species right in our backyards that need to be found as well,” Van Etten said. “I love capturing them as both a scientist and an artist.”

Her images are now the basis for a research and teaching project at Rutgers–New Brunswick’s Genome Cooperative, established by Van Etten’s doctoral adviser, Debashish Bhattacharya, to support rapid growth in genomics study and research at the university.

Bhattacharya has assigned undergraduate students to catch plankton and algae at Passion Puddle, a popular spot on Rutgers–New Brunswick’s campus, for the creation of a genomics database highlighting the biodiversity on campus. The project will also share photos on Instagram, drawing on Van Etten’s social media expertise.

“We want Julia to lead research on understanding the diversity of local algae and learning how to adapt it for human needs – similar to work being by ExxonMobil and other companies which are seeking to use algae for fuel production and other applications,” Bhattacharya said. 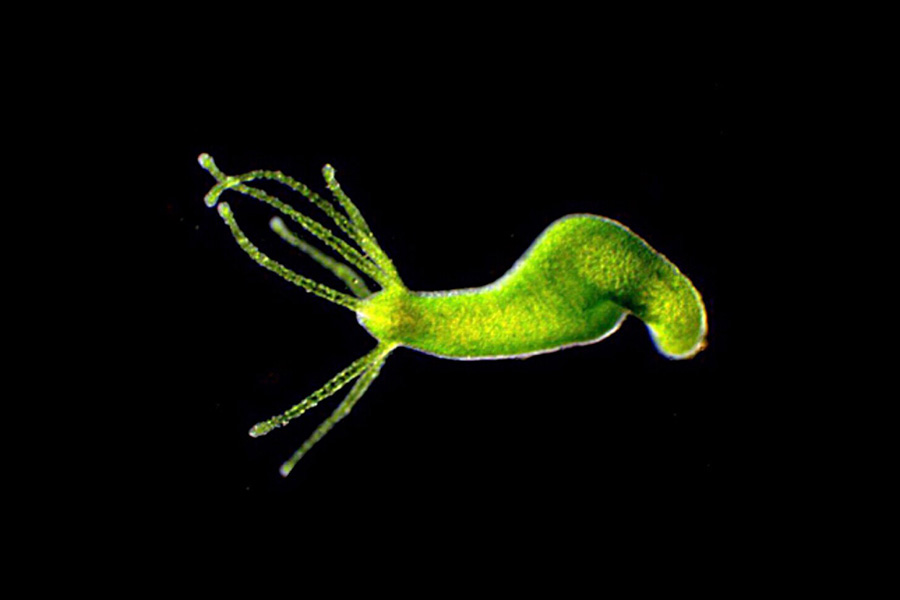 Hydra Viridissima, a species of freshwater hydroid polyp, photographed by Van Etten and featured on her "Couch Microscopy" Instagram page.

About Van Etten’s artistry, he said, “Julia takes biodiversity and fundamental aspects of genomes and translates it into the sharing of beauty and diversity of life. It’s not just for scientists who focus on sharing data and research findings, but for everyone who finds inspiration and excitement in the hidden worlds of nature.”

Van Etten began sharing images of microorganisms on her Instagram page in July 2017, after late-stage Lyme disease forced her to delay her start date at Rutgers for a year while she recovered. Unable to spend time studying algae out in the field she worked on locally collected samples and viewed them with a home microscope – hence the name “Couch Microscopy.”

“She took a bad situation and turned it into something positive. I was so moved by her story,” Bhattacharya said.