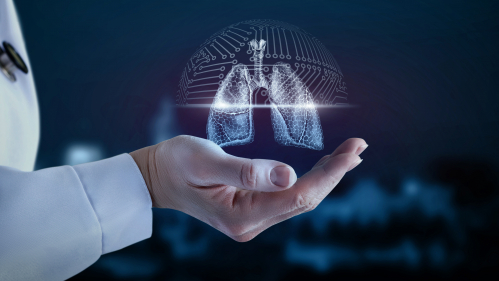 TB, an infectious disease, has killed more than a billion people in the past two centuries

Rutgers researchers have been awarded a $20 million grant by the National Institutes of Health (NIH) to evaluate new tools that could diagnose early stages of tuberculosis, identify drug-resistant strains and track the worldwide spread of an infectious disease that presents symptoms similar to COVID-19.

The research team of infectious disease experts at Rutgers New Jersey Medical School will receive the grant over five years and will conduct early studies of new diagnostic tests, including non-sputum based diagnostics that use oral swabs, urine, blood or stool to detect TB.

TB has killed more than a billion people in the past two centuries. Improving diagnostic tools will help in accurately diagnosing early stages of the disease, identifying drug-resistant strains of the bacteria and tracking, and interrupting its spread.

“Although cases of TB have continually decreased over the years, there is a renewed concern of a potential spike in TB-related deaths as TB control programs have lapsed because of COVID-19,” said Professor Jerrold J. Ellner, Principal Investigator of the program and Director of Research Innovations for the Center for Emerging and Re-emerging Pathogens at Rutgers NJMS. “We hope that by expanding the types of point of care diagnostic tests, we can also increase the access and ease by which the disease is diagnosed and help eradicate TB worldwide. We also have to address the overlap in symptoms between TB and COVID-19.”

Rutgers researchers will test the prototypes in clinical partner sites across China, India, South Africa, Peru, and Uganda, including sites with extensive drug resistance and HIV-associated TB. They will work closely with the Foundation for Innovative New Diagnostics, a global health leader in diagnostics in Geneva, which advocates for World Health Organization approval of promising diagnostics.

The analytic, technological and modeling team components of this research will confirm that a diagnostic is promising before committing to clinical studies and will determine if their introduction in resource-limited environments is economically feasible. The overall goal is to promote access to diagnostics that will be widely available where TB occurs.

David Alland, a professor and chief of the division of infectious disease at the Rutgers NJMS, is Co-Principal Investigator and Scientific Director for the study, and Susan Dorman of the Medical University of South Carolina is Co-Principal Investigator and Clinical. Director. The team of Ellner, Alland, and Dorman have worked together since 2009 and contributed sentinel studies to the science of diagnostics.

How to Get a Handle on Carbon Dioxide Uptake by Plants