Erica Armstrong Dunbar shares stories from TLC’s "Who Do You Think You Are?" and book tour with Michelle Obama

Erica Armstrong Dunbar with Laverne Cox on TLC's Who Do You Think You Are? (Photo Courtesy of TLC)

What do Julie Bowen, Laverne Cox, Liv Tyler and Regina King have in common? All four actresses learned compelling stories about their ancestors with help from Rutgers history professor and award-winning author Erica Armstrong Dunbar, through her work with the TLC genealogy series Who Do You Think You Are?

As a historian for the show, Dunbar researches and builds narratives about celebrities’ ancestors, then meets with them on set in locations where their family came from, often in distant parts of the United States.

She found, for example, that Bowen – star of ABC’s Modern Family – is descended from an abolitionist who helped fugitive slaves escape to freedom in Canada; Cox, of Netflix’s Orange Is the New Black, is descended from enslaved people who became activists after the Civil War and encouraged African Americans to vote; and Tyler and her father, Aerosmith frontman Steven Tyler, have African-American ancestry, and an ancestor who played drums in the war of 1812.

And in a new episode Monday night, viewers can watch Dunbar help King, star of Seven Seconds, American Crime, and the forthcoming film If Beale Street Could Talk, learn about an ancestor in Alabama who emerged from slavery, endured horrific violence, and fought for civil rights.

“This is the kind of American history that I teach at Rutgers, where my goal is to introduce college students to information they did not receive in high school. I focus on what is left off the curriculum, to correct their version of history,” said Dunbar, a professor in the School of Arts and Sciences at Rutgers University-New Brunswick. “I want to reach the largest audiences possible. It is important to provide historical accuracy to students and to the public. That’s my obligation.” 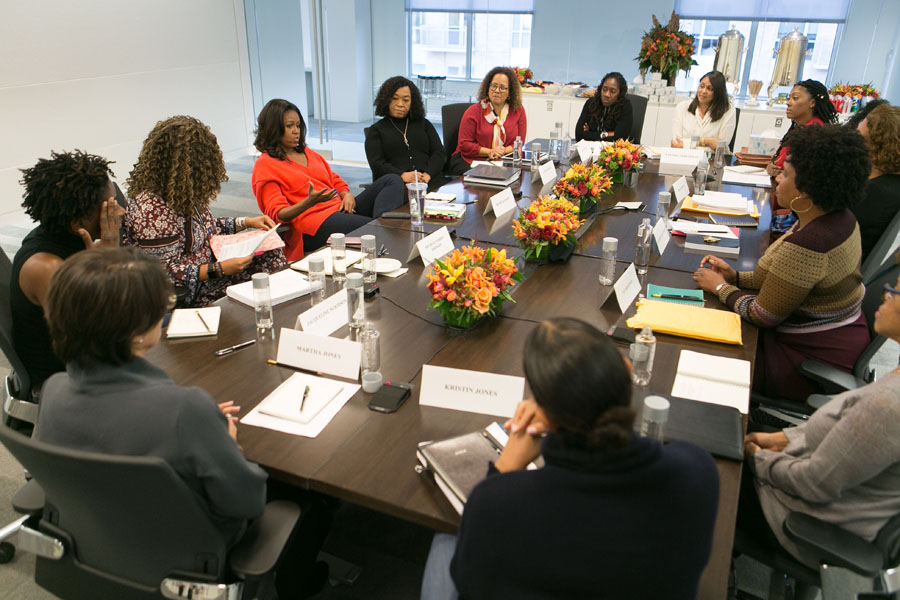 Dunbar is the author of Never Caught: The Washingtons’ Relentless Pursuit of Their Runaway Slave, Ona Judge. The book became a finalist for the 2017 National Book Award for nonfiction, and recently earned Dunbar a shared spot for the Frederick Douglass Book Prize.  The prize is awarded every year by the Gilder Lehrman Center for the Study of Slavery, Resistance, and Abolition for the best book written about slavery or abolition.

Never Caught tells the story of Judge, an enslaved woman in George Washington’s household; the first president’s efforts to circumvent Pennsylvania law that required enslaved people to be set free after six months of residency; and the intense manhunt he led when she escaped.

“This is the only story we have of an enslaved person who escaped the Washingtons and left testimony of her experience. It helps us rethink George and Martha Washington as founding fathers and mothers who were clearly slaveholders,” Dunbar said. “It complicates our thoughts about freedom, as we look through the eyes of enslaved people.”

Due to her prominence as a historian, former First Lady Michelle Obama recently invited Dunbar along with a small group of other prominent black women writers, including TV producer Shonda Rhimes, to hold a roundtable discussion of Obama’s book Becoming, which Dunbar says is, “first and foremost, black women’s history.”

Dunbar writes about the history of enslaved people, particularly women, because those are the stories students don’t often have the chance to study – but she is changing that. Professors at Harvard, Yale, Georgetown, University of California, Irvine, the University of Pennylvania, and many other universities are adding her book to their required course readings.

“It was my goal to write a book that would help readers understand the founding of the nation through the eyes of the enslaved. It was also my goal to introduce the incredibly brave and strategic Ona Judge to the world.,” Dunbar said. “To know that Never Caught is now assigned reading in many colleges and universities is extremely humbling. I’m simply happy for Ona.”