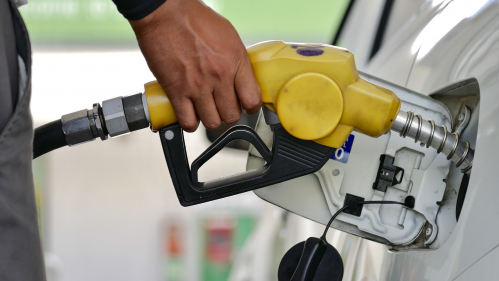 New Jerseyans might not agree on whether a popular breakfast sandwich should be called pork roll or Taylor Ham, but when it comes to pumping their own gas, the message is clear: almost three-quarters of them don’t want anything to do with it, according to a new Rutgers-Eagleton poll.

Despite a new bill that was introduced earlier this week by state lawmakers that would allow the option for self-service gas in New Jersey, only 5 percent of those polled were unsure of whether they wanted the change while an overwhelming 73 percent of residents said they prefer having their gas pumped for them and only 22 percent said the opposite.

“There is apparently one thing all New Jerseyans can agree on nowadays and that’s the time-honored Jersey tradition of having your gas pumped for you,” said Ashley Koning, an assistant research professor and director of the Eagleton Center for Public Interest Polling at Rutgers University–New Brunswick. “But let’s also remember that this single survey question does not reflect the full debate and complexities of the moment that include a global pandemic, an employment crisis, and now an oil crisis. Context plays a crucial role in public opinion. A large majority wants full service in the Garden State, but this preference does not mean automatic opposition to a self-serve option.”

Support for having gas pumped is widespread, but there are some notable demographic differences. Partisans of all stripes prefer full service, though to varying degrees: Democrats are most likely to prefer having their gas pumped for them (82 percent), followed by Independents (70 percent) and Republicans (64 percent).

While large majorities of racial and ethnic groups prefer having their gas pumped for them, white residents (30 percent) are about twice as likely as Black residents (15 percent) and Hispanic residents (17 percent) to say they prefer pumping their own.

Those in the lowest income bracket are the most likely to prefer full service (83 percent); those in higher income brackets are about one-and-a-half to two-and-a-half times more likely than those in households making under $50,000 annually to say they prefer self-service.

People who live in urban areas like Newark and Trenton are the most likely to say they prefer having their gas pumped for them – 82 percent, compared to 11 percent who prefer self-service. About a quarter of those living in every other region say they prefer to pump their own gas.

“Call it a gender gas gap, if you will,” said Jessica Roman, a research associate with the Eagleton Center for Public Interest Polling at Rutgers University–New Brunswick. “We often talk about inclement weather and gasoline smell when it comes to some of the drawbacks of self-service, but there are also significant gender-related issues, like feelings of safety, that could be driving this wedge.”

Results are from a statewide poll of 1,044 adults contacted by live interviewers on landlines and cell phones from February 25 – March 4. The full sample has a margin of error of +/- 3.5 percentage points.

The full report is available on the Eagleton Poll's website.