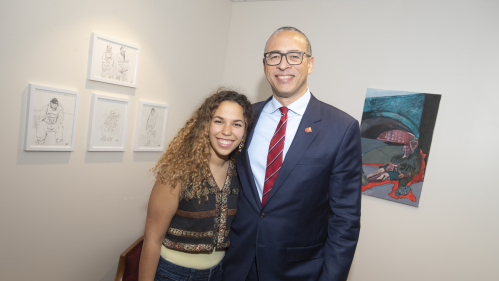 Tehyla McLeod, with President Jonathan Holloway standing in front of her artwork that was selected to hang in the president's office suite.
Nick Romanenko/Rutgers University

In September 2020, Mason Gross School of the Arts (MGSA) art & design student Tehyla McLeod grabbed her sketchbook and headed to the New Brunswick train station. Her goal: create portraits of the displaced and struggling community of people who congregate at and around the station.

McLeod, who said her religious faith spurred her to launch the project, was initially met with a measure of suspicion. But the young artist was tenacious: She kept returning to the downtown station, spending most Fridays hanging out, talking and, eventually, with the people’s consent, drawing.

Not everyone welcomed McLeod; at times, she said, she was met with stares. She witnessed fights. But little by little, she forged a rapport with some of the people she encountered, getting to know them by name: people like Dominique, who shared stories about her children, and Ernest, a father of five who invited McLeod to his cardboard dwelling.

The result is an intimate portrait series, not of the homeless but of individuals whose facial expressions and body language reveal them as three-dimensional people with history, joys, sorrows and, perhaps most importantly, dignity.

On April 20, McLeod was one of three MGSA students to receive a Beloved Community Initiative Award for her art from the university’s Committee to Advance Our Common Purposes (CACP). The award recognizes faculty, staff and students who, among other things, according to CACP, “Engage in frequent acts of kindness toward all, particularly those who may be ‘invisible’ within the Rutgers community [and] makes others feel seen, heard and valued.” Other MGSA award recipients were Department of Art and Design students Ria Monga and Emma Broggi.

Four of McLeod’s sketches and one of her paintings were installed last month in President Jonathan Holloway’s office suite at Winants Hall. On April 28, he greeted her at a reception, along with art and design students Grace Lynne Haynes and Kyle b.co., both of whom also have artwork on display at Winants.

“What Tehyla has done is simply extraordinary,’’ Holloway said. “These aren’t simply impressive pieces of art, though they certainly are that; much more important, they are the product of an intimate and personal relationship she has built with each of the individuals whom she has portrayed. They are about humanity and beauty and trust. I couldn’t be prouder to include them among the outstanding artworks by Rutgers students we have installed at Winants.”

Ultimately, McLeod has not emerged merely with a portfolio, but, she said, with a deepened understanding of connection—an especially significant revelation given that she launched her project during a pandemic.

“It is through these experiences—through the lighthearted and laugh-filled games of Uno, the sorrowful conversations about the tragedies of past and present, the passionate ruminations shared over a bowl of soup and a drawing, and absolutely everything in between,” she said, “that I am powerfully taught about love.” 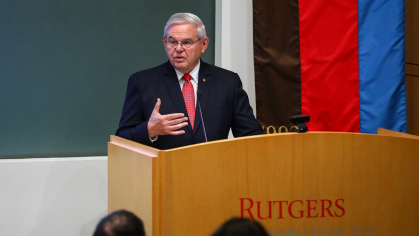 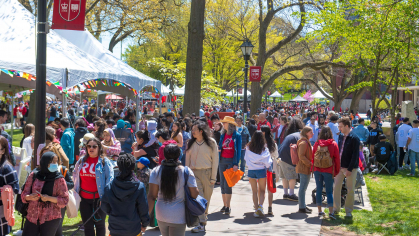 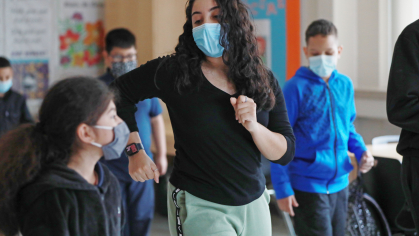