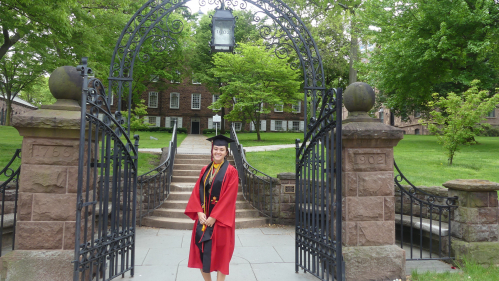 There was never a doubt about what Adriana Scanteianu would major in when she entered Rutgers University-New Brunswick: Math.

After all, she comes from a STEM family. Her mother is a business analyst for a bank, her father is an electrical engineer, her brother is pursuing a master’s in computer science from Columbia University, and her grandmother was even a math teacher in Romania. And Scanteianu was named a Regeneron Science Talent Search Scholar for her self-led computational biology research in high school – some of which has since been published.

So, four years after arriving at the Honors College on a full scholarship, it’s no surprise that Scanteianu graduated May 16 near the top of her class with a bachelor of science degree in mathematics.

But in her final week as an undergraduate, Scanteianu did receive some unexpected welcome news: She is one of only 213 students to be inducted into the Matthew Leydt Society this year for their achievements in the classroom, in laboratories and in the arts.

“I owe it all to my parents,” said Scanteianu, 21, of Ossining, NY. “I’m the daughter of Romanian immigrants, and they’ve been pushing me to excel at math since I was very young.”

Named for the first and only 1774 graduate of Queen’s College, New Brunswick, the Matthew Leydt Society was launched in 2015. It spotlights students ranked in the top 2 percent academically and selected this academic year from 13,329 undergraduates who earned degrees from Rutgers-New Brunswick and Rutgers Biomedical and Health Sciences.

Matthew Leydt matriculated as a sophomore when instruction began at Queen's College in 1771, earning a bachelor of arts degree three years later. At that first commencement in New Brunswick, Leydt delivered orations in Latin, Dutch and English and, after graduation, earned his license to enter the ministry of the Dutch Reformed Church. At Queen’s College, he studied under Frederick Frelinghuysen, the college’s first tutor, and Rev. Jacob Rutsen Hardenbergh, who would later become the college’s first president in 1786. In 1825 Queen’s College was renamed Rutgers College in honor of Col. Henry Rutgers, a trustee and Revolutionary War veteran.

In his video address to this year’s inductees, President Jonathan Holloway offered congratulations on becoming the newest members of this prestigious group.

“You and your fellow inductees have devoted yourselves to excellence in the classroom, laboratory, and studio, and thus have contributed to the high standards that distinguish Rutgers as a world-class public research university,” Holloway said. “We are immensely proud of you, and we encourage you to apply the same talent and dedication, as well as the knowledge and skills you have acquired at Rutgers, to forge a career and a life of meaning and purpose.”

Scanteianu is already on her way to putting Holloway’s words into action. After being struck by how few women studied math alongside her, she dedicated herself to increasing equity and inclusion at Rutgers. With last summer’s rise of the Black Lives Matter movement, Scanteianu and friends – senior Assata Davis and graduate student, Gabrielle Jacob – were inspired to co-create the campus group True Inclusion.

They met with the Deans of the Honors College and partner schools about broadening Honors College curricular offerings, including a cultural competency course to be piloted this fall. They also met with Holloway and shared views with the Honors College Deans and the Vice Chancellor for Enrollment Management to highlighting a more equitable Honors College admissions process. Thanks to their advocacy work, in the coming year, Rutgers-New Brunswick Admissions will dedicate 15 percent of merit scholarships to students on a financial-needs basis.

“There are high achieving students of color who would love to come to the Honors College, but if they are getting a better offer from a more prestigious school there is not really a good reason to,” she said.

After graduation, Scanteianu will take a gap year to pursue a Fulbright Fellowship in Madrid, where she will teach English and learn more about policy affecting equity and education on a global scale. When she returns, she will begin her master’s program at the Edward J. Bloustein School of Planning and Public Policy, where she plans to continue studying ways to improve equity in education.

Scanteianu said she is excited for in-person gatherings celebrating the graduating Classes of 2021 and 2020 this fall where she hopes to meet other Matthew Leydt inductees.

“I’m looking forward to hearing more about people’s studies and what they plan to do in the future,” she said. “It will be a nice opportunity to make more connections with Rutgers students and broaden my network.” 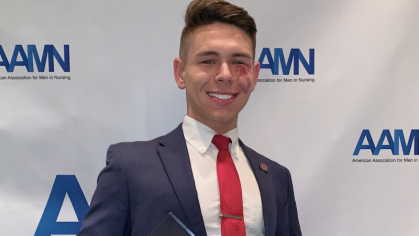 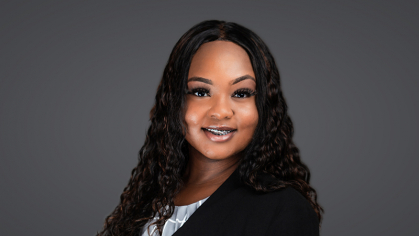 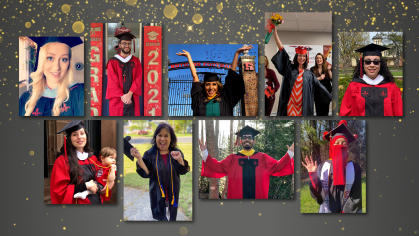