Their Second Year at College Is Their First on Campus. Froshmores Make Up for Lost Time. 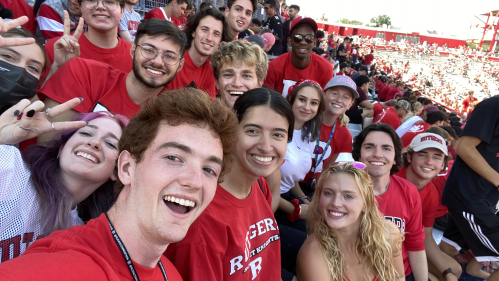 COVID-19 robbed us all of milestones and memorable moments, but few have lost out on more traditional rites of passage than this year’s sophomore class.

They were the high school Class of 2020 who didn’t get to dance at a senior prom, walk at a graduation or experience the first year of college in person.

“I think freshman year is the perfect time to make friends. Everyone is deciding what they want to do still, getting used to the campus,” second-year Honor’s College student Bianca Caproni told Bloomberg’s Jennifer Zabasajja in a video about three Rutgers-New Brunswick students’ experiences returning to campus. “I feel like I missed out on that chance last year. It was very isolated.”

Caproni is not alone. For many of her fellow sophomores, move-in days were the first time they set foot on campus, ate in a dining hall or rode a Rutgers bus, said Laura L. Randolph, director of New Student Orientation and Family Programs at Rutgers-New Brunswick.

That meant, instead of helping one class of students find their way around Rutgers, this year Randolph’s team devised ways to welcome two: the freshmen and the “froshmores.” A term coined by parents of this unique sophomore class on social media, it refers to students who are in their second year, academically speaking, but couldn’t find Willie the Silent or Passion Puddle when they arrived at Rutgers-New Brunswick in late August.

“We were strategic in creating the welcome week schedule this year to accommodate these second-year students and help them acclimate to a campus environment,” said Randolph. “They may feel that they know where things are, but because they were remote they had little familiarity with campus life.”

To cater to the specific needs of this group, Randolph’s team expanded orientation to include Second Year Welcome, to help them acclimate, while recognizing their sophomore status. The event included a shore-themed Scarlet Boardwalk in the College Avenue Student Center and opportunities to connect with representatives from student clubs and organizations.

“On the same day we offered campus tours, for those who might not want to admit they needed the tour, we also offered a scavenger hunt,” Randolph said. “So you could still learn the locations of Passion Puddle, the health center and other places you would see on a campus tour without it being as formal.” 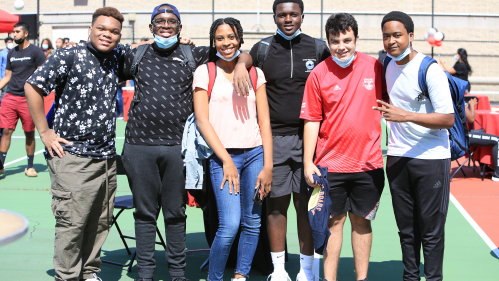 Sophomores get to know their peers at Rutgers-Newark's Take 2 welcome events.
Eze Regalado

Erica Williams, dean of students with the Division of Student Affairs at Rutgers-Newark, said the new programs were well received, including their most popular event, a Second-Year Social, where more than 500 students enjoyed carnival games, food and Scarlet Raider giveaways.

“Most importantly, the students were able to get (re)introduced to Rutgers-Newark campus life, connect with each other, and experience the social element of college that they expressed missing during their first year,” Williams said.

Caproni took advantage of the new programs at Rutgers-New Brunswick, attending the Casino Knight, where she said she made her first two friends on campus – besides her roommate, the Scarlet Boardwalk and a Sophomore Social hosted by the Honors College. The events struck the right tone, she said, and didn’t make her class “feel like freshmen.”

“It didn’t feel like they were excessively making up for what we missed out on, rather trying to continue how things should’ve been. We were already a part of the community, but now we get to do it in-person rather than virtually,” said Caproni, who is double majoring in cognitive science and psychology. “I like that we did not have to totally miss out on the community building and integration into the Rutgers community that is a part of the first year.”

The response was overwhelmingly positive with huge turnout at all welcome events, so much so, said Randolph that this was the first time she can recall having to send students to multiple events due to capacity limits. Likewise, the level of interest in clubs and department participation was up from years past. Student Affairs is looking for new ways to tap into that oversized energy and excitement from the student body this year.

“Based on the overwhelming participation at Welcome Week, we were thinking, ‘How do we maximize this energy and excitement through programming throughout the year?’” she said. “Not just advertising to incoming students, but tapping into multiple class years and thinking about campus culture.”

The return to campus was “a bit of an adjustment” for Caproni after a fully remote first year.

“Now I’m settled in though, I’ve made a few friends. I’ve gotten a feel for campus,” she said during her interview.  “I like it. I’m happy to be here now.” 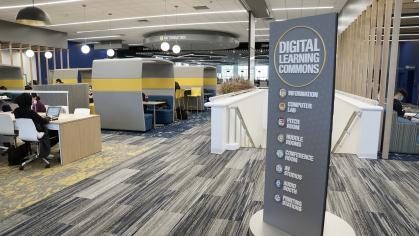 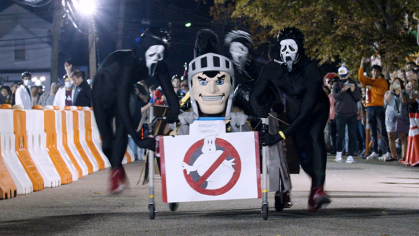 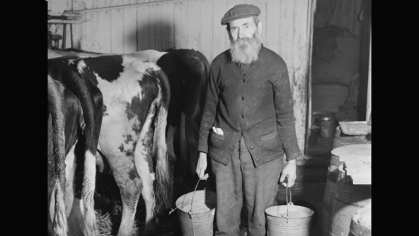 The History of Jewish Farming in New Jersey