Did Gen Z Voters Stop a Red Wave in the Midterm Elections? 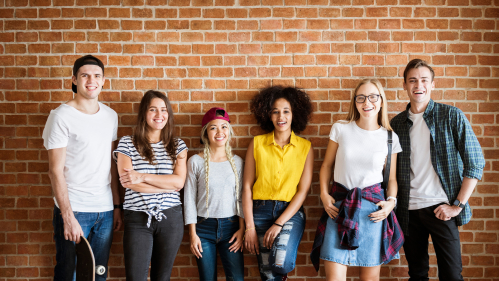 The role younger voters played in the election outcome was significant. Marketing expert Mark Beal from the School of Communication and Information breaks it down.
Shutterstock

As Democrats defied midterm history and held onto control of the U.S. Senate, while other key House races remain too close to call, GOP finger-pointing over what went wrong in a year they seemed destined to coast to victory has been filling headlines.

But is there a factor being overlooked that tilted the results of some important races?

Marketing expert Mark Beal from the School of Communication and Information, who has written extensively about Gen Z, breaks down the role younger voters played in the election outcome.

What role do you think Gen Z voters played in the midterm election results?

Generation Z was definitely a factor in the election and one the pundits might not have anticipated. With each year, Gen Z (born between 1997-2012) will have increasing influence on election outcomes at the local, state and national levels. As the purpose generation, Gen Z is focused on societal issues such as the environment and women's rights. Following the 2022 midterm elections, media reports indicate that members of Gen Z took their role as the purpose generation seriously by exercising their right to vote.

Annually for the next decade, tens of thousands of Gen Z citizens across the United States will vote for the first time. The 2022 election represents the seventh class of new Gen Z voters who turned 18. The oldest members of this cohort voted for the first time in 2015.

Did the polls miss this group? Do polls usually capture Gen Z and millennial voters?

Pollsters, like those who are buying and placing advertising for candidates for office, may not be engaging Gen Z effectively because their media and content consumption is unprecedented. Unlike older consumer segments including baby boomers, Gen X and even millennials, Generation Z does not regularly view network and cable television. They turn to relatively new channels such as TikTok, Instagram, YouTube, BeReal and Discord for news, information and research. In future elections, pollsters, as well as candidates running for office and their parties, will need to engage Gen Z on their preferred media and content channels if they want to understand the issues that are most important to this cohort and what issues are influencing the candidate they anticipate voting for.

When did Gen Z voters start having a significant voice in elections?

The oldest members of Gen Z were ages 18-23 at the time of the 2020 presidential election. For the majority of the senior members of this cohort, it was the first time they were eligible to vote. According to an NBC poll, Gen Z voted for Biden more than any other age demographic. That same poll attributes Gen Z votes in states including Georgia and Pennsylvania to contributing to Biden's success in those states. The milestone events of 2020, including the pandemic and the Black Lives Matter awakening, coupled with the fact that more young voters were eligible to vote, contributed to Gen Z playing a factor in the 2020 election.

What are the issues that are important to this group?

Gen Z is the purpose generation. Gen Z is also the most diverse and inclusive generation. They are focused on supporting corporations, brands, organizations and individuals running for office that have the ability, influence and power to contribute to a better world, nation and community. With that, Gen Z takes great interest in societal issues including the environment, women's rights, diversity and inclusion, mental health and LGBTQ+.

Do you know when Gen Z is expected to become the majority of the electorate?

With each passing year, tens of thousands of members of Gen Z become eligible voters. The voting influence of this cohort will increase annually each and every year through 2030 when the youngest members of Generation Z turn 18. This generation's voting influence will increase as they age, purchase homes and start families. Political parties and their future candidates for office should be prioritizing effectively engaging Gen Z voters starting now as this consumer segment will significantly influence future elections for many years.