Elizabeth Langer didn’t know much about Ruth Bader Ginsburg 50 years ago – long before she became a pop culture icon on the U.S. Supreme Court affectionally referred to as the notorious RBG – when she was still a professor at Rutgers Law School.

But as Langer led a group of 19 women in launching the first publication in the United States to cover women’s legal rights, she knew that Ginsburg, one of only two female tenured professors at the law school, might be their best chance to move forward. 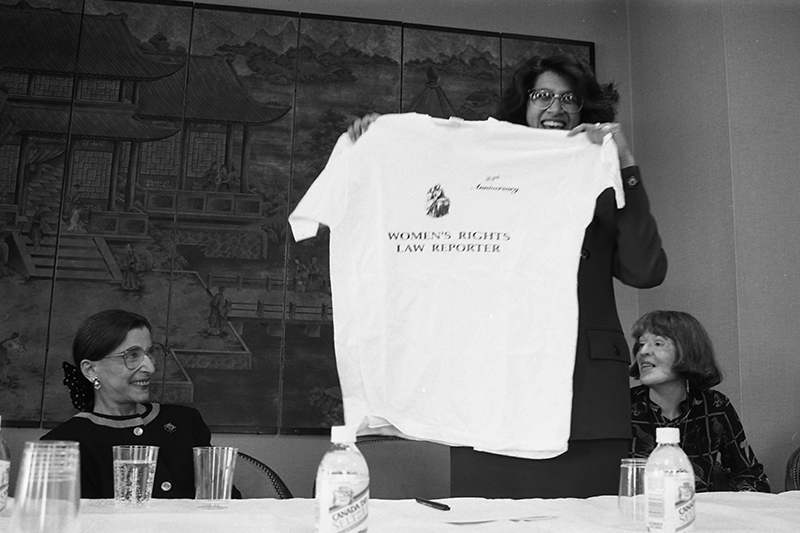 “I didn’t know her, but I had heard that she was deeply interested in women’s legal issues. I thought to myself, why not ask,” says Langer, who was among about 60 or so women law students in the fall of 1970 and the first editor-in-chief at the helm of the Women’s Rights Law Reporter (WRLR) when it began publishing two years later. “She immediately said yes, which surprised me because it was a big commitment.”

On March 5, the law school will recognize Ginsburg, Langer and the others who were the impetus behind the oldest legal publication in the country focusing on the field of women’s rights law during a 50th anniversary symposium.

Langer, who retired from the legal field in 2008, and Debra Katz, the attorney who represented Christine Blasey Ford, the California professor who accused Supreme Court Justice Brett Kavanaugh of having sexually assaulted her when they were teenagers, will be keynote speakers at the event.

Current editors Janika Best, 26, and Youngjin Park, 30, say that while they understand how far women have come over the past five decades, the WRLR is still relevant today and both believe that more work has to be done to advance gender equality, promote women’s rights and advance transgender issues. The upcoming symposium will include panels and speakers focusing on reproductive justice, incarcerated and detained women and economic justice.

“Women historically are still falling behind men when it comes to equality,” says Best. “But while we want people to be aware of the issues that are still affecting women, we want them to look at gender issues as issues that are important to everyone.”

That philosophy isn’t far removed from the goal Langer and the WRLR original cofounders Ann Marie Boylan, who had just graduated law school, and Diane Crothers, who was about to start at Rutgers Law School, had when they talked about getting Rutgers to fund and continue the publication 50 years ago.

At first, Boylan and Crothers wanted the publication, which had published only one issue, to be independent and not connected to a law school. But for it to survive they needed funding.

Langer thought getting the money to continue the publication would be easy. Crothers, a retired civil rights attorney, however, was not as confident and remembers an early proposal she and Boylan made to a major foundation that was rejected because, as a female foundation staffer told the two women, "they think the women's movement is a fad and will be gone in a year.

It was the early 1970s – women could still be fired for being pregnant, could not have credit cards under their own names and were not allowed to serve on juries in all states – so the notion of a legal journal focused on women’s issues was a novel and fairly radical idea at the time, she says.

Langer arranged a meeting with the law school dean to discuss bringing the WRLR to Rutgers Law School. She was told that there were three preconditions – space, funding and a faculty adviser. If she could meet all three of those conditions, the dean would agree to give the WRLR a home at Rutgers.

“We had to do it all ourselves, on our own,” says Langer, who after graduation from law school, worked as a legislative assistant for Congresswoman and feminist icon Bella S. Abzug and later served as a trial attorney with the U.S. Department of Justice.

After an advisory board was established, dozens of letters were sent out asking for donations. Once the funds deemed necessary by the then law school dean were raised, space was offered by law school professor Annamay Sheppard and Ginsburg agreed to be the publication’s faculty adviser, the WRLR  was finally sanctioned by Rutgers Law School in 1972 and started to regularly publish.

In its first edition after being connected with Rutgers, Ginsburg wrote a piece about Reed vs. Reed, a case that was a turning point for women’s equality. The Supreme Court struck down a state law on the grounds that it discriminated against women in violation of the Equal Protection Clause of the Fourteenth Amendment. Ginsburg was principal author of the winning brief in the landmark decision.

“She was focused, very professional, really smart and a stickler for details,” says Langer of Ginsburg. “And she was always there for us when we needed her.”

Park says that the law students who are behind the WRLR today are proud to claim not only Ginsburg as part of their history, but Langer and all of the women who worked hard to start the law journal and didn’t give up despite any pushback.

“Now it is up to us and those who come after to let people understand how far we have come and advocate how much more we need to do in the name of women and social justice,” says Park. “We have to be in the trenches making sure we don’t slide back.”

For Media inquiries contact Robin Lally at 848-932-0557 or robin.lally@rutgers.edu 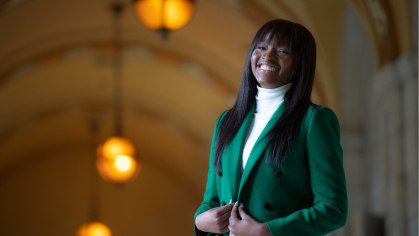 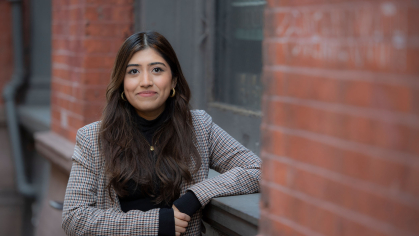 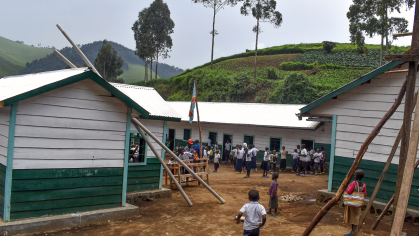