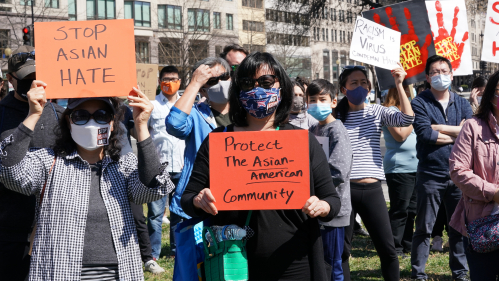 Demonstrations took place across the country this past weekend in the face of growing alarm over an increase in incidents of bias and violence against the Asian American and Pacific Islander communities.
Shutterstock

Before the COVID-19 pandemic, Ji Lee, who was the director for the Asian American Cultural Center at Rutgers for 14 years, never thought about telling her parents who live in Arizona to be careful when they went outside.

But since the alarming rise in violent hate crimes against Asian Americans – most recently the killing of eight people, six women of Asian descent in Atlanta – she and her Asian friends and colleagues throughout the country are cautioning family members, friends and others to be vigilant.

“While anti-Asian hate and bias is not new, our worry about being out in public spaces didn’t exist in this amplified way one or two years ago,” said Lee, now executive director of Intercultural Engagement and Inclusion Initiatives for the Division of Student Affairs at Rutgers University-New Brunswick. “It changed due to the sudden significant spike of extremely random out-of-the-blue hateful and violent incidents, leaving many fearful.”

To address these and other violent incidents of intolerance, Rutgers will host “Unpacking Hate” webinars. The first session, "Race. Resistance. Resilience." on Friday, March 26, will discuss the hate and racialization targeting Asian, Black and Muslim communities. It will be followed by a second session, “Religion, Fear, and the Cost of Ignorance,” to explore the intersection of hate and religion, drawing on faith communities, including Judaism, Hinduism and Islam.

“The loss of safety and terror that groups experience is the purpose of acts of hate. As an academic community we must understand that and join together to confront it,” said Enobong (Anna) Branch, Rutgers’ senior vice president for equity. “Hate does not exist in a vacuum. It does not target one community and leave others unharmed. In the last year, as anti-Asian racism has spiked, so have acts of anti-Semitism.”

Rutgers offers bias reporting and counseling and wellness services for students, faculty and staff in New Brunswick, Newark and Camden who need to report an act of hate and/or seek support to manage the anxiety and frustration that exposure to hate produces.

In a message to the Rutgers community, Rutgers’ president and university chancellors said these acts of violence against Asian Americans cannot be ignored and any harm deliberately inflicted on members of any community is an offense felt by all people of conscience.

“We strongly denounce these acts and all forms of xenophobia, bigotry and racism, and we stand in solidarity with our Asian community at Rutgers and around the world,” President Jonathan Holloway, Rutgers-Newark Chancellor Nancy Cantor, Rutgers-Camden Interim Chancellor Margaret Marsh, Rutgers-New Brunswick Chancellor Christopher Molloy and Rutgers Biomedical and Health Sciences Chancellor Brian Strom said in the statement.

According to a recent study by the Center for the Study of Hate and Extremism at California State University; anti-Asian hate crimes have spiked 150 percent since the pandemic began.

Stop AAPI (Asian American Pacific Islander) Hate documented 3,795 racially motivated attacks against Asian Americans in the last year, from March to February. The majority were verbal attacks, followed by shunning and, finally, physical attacks. Two-thirds of these altercations were against women.

Those in the Asian community at Rutgers say while the recent incidences of verbal harassment, microagressions and killings might be a result of the coronavirus being weaponized as the “China virus” and “Kung Flu” by the former president, anti-Asian violence, although increased, is not new.

“While racism and violence toward Asian Americans has been growing since the beginning of the pandemic, fueled by xenophobic language used by elected leaders, these kinds of incidents are not new in our country,’’ said XinQi Dong, director of the Rutgers Institute for Health, Health Care Policy and Aging Research and Rutgers Asian Resource Center for Minority Aging Research.

“Asians and other minority populations have been scapegoated throughout history,” he said. “We need swift action at every level to track and prevent these incidents, and we need to empower Asian Americans and communities with supports and services.”

Dong and Allan Punzalan Isaac, associate professor of American studies and English at Rutgers-New Brunswick, point to the United States’ long history of anti-Asian violence – from Chinese laborers being lynched in the 19th century to Chinatowns being destroyed because of perceived labor threats and the belief that these neighborhoods were vectors for disease and crime. COVID-19 has resulted in these hateful acts flourishing again.

“In the 21st century, the pandemic is global, and so is the hate,” said Isaac. “The speed by which racist disinformation spreads is fueled by the previous administration and uncontrollably stokes anti-Asian hate.”

Atul Bhattiprolu, president of the Asian Student Council at Rutgers, said the council’s mission is to ensure that students of Asian descent have a safe space to learn and spread awareness about the heritage and cultural identity.

“The recent slew of hate crimes and anti-Asian sentiment only begin to reflect the ongoing pattern of discrimination towards the Asian community in America that has become all too commonplace in our history and contemporary rhetoric,” according to a statement from the student group. “As such it falls onto our community to actively engage in this issue and advocate for our rights." 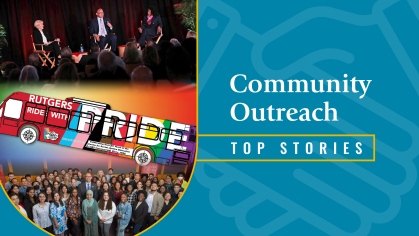 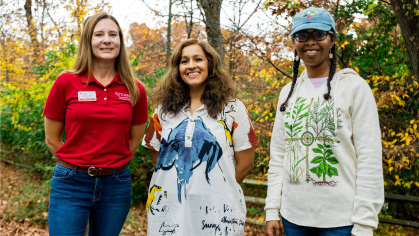