Intrigued? Now’s the time to take the first step for spring semester programs 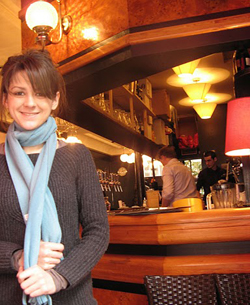 Shadi Mousavi of Howell has been hooked on international travel since age 12, when she visited Belgium and Iran with her family. But a eureka moment last year in Brussels propelled her experiences into a whole new dimension.

The Rutgers political science major was spending her junior year studying international relations in Brussels and French literature in Paris. “At first it was frustrating because my host family in Brussels spoke absolutely no English, and there would be misunderstandings,” Mousavi says. “Then one night at dinner, I realized, I understand what they’re saying. And they understand me, too.  It really increased my confidence in communicating in French.”

Mousavi’s experiences spurred her to begin working this fall as a Rutgers Study Abroad outreach intern, encouraging others to make the leap from New Jersey student to world traveler. “A lot of students are scared to go,” says Mousavi. “Students would rather hear what it’s like from another student who’s done it.”

For those considering study outside the United States now is the time to act, as October 1is the application deadline for spring semester programs. The first step is a visit to the Study Abroad office on College Avenue in New Brunswick, where staff members – all seasoned travelers – are available to help.

“We offer more than 100 programs in 38 countries,” says Lauren Randolph, director of the Rutgers Study Abroad office. “They can be for the semester, the summer, or all year long. In many cases, students don’t have to speak the language of the host country, as often the language of instruction is English.”

Randolph was bitten by the international travel bug as a Douglass College student in 1981, when she spent her junior year studying at the University of Florence. “It gave me a great appreciation for other cultures and a wider world,” Randolph says. “You learn self-reliance, and how to get around.”

Italy remains the No. 1 destination for Rutgers Study Abroad students, followed by the United Kingdom, Australia, Germany, and France. New programs this year are being offered in Egypt, Jordan, Brazil, Chile, and many other locations worldwide. 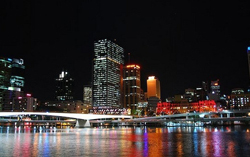 practical, hands-on volunteering. From Oaxaca, Mexico, where students work in a local HIV clinic, to Cochabamba, Bolivia, where they run workshops on human rights, the experiences are life-changing.

“International Service Learning is arguably one of the best kinds of international experience because it is so intensely, deeply immersive,” says Stephen Reinert, associate professor of history and dean of Rutgers Study Abroad.  “Students work with communities on issues and problems of importance to them, with extensive interpersonal contacts and hence deep exposure to their languages, cultures, problems, dreams, aspirations, and hopes.”

Reinert says scholarships are available to assist the increasing numbers of students interested in participating in the programs.

This year, nearly 700 Rutgers students will study abroad, about double the number from a decade ago. Once limited primarily to foreign language majors, today’s programs include students studying math, computer science, engineering and other fields.

“It can be a big stretch for students who have never been outside New Jersey to go to the University of Ghana,” Randolph says. “We provide a lot of advising for students, including a pre-departure orientation and support to help them acculturate and to make their experience really worthwhile.”

Randolph says many students miss out because they mistakenly believe studying abroad is unaffordable. “You can actually choose programs that are less expensive than a semester at Rutgers by going, say, to China.  Some cost about the same, for example, programs in South Africa, Ghana, or Israel. And some are more expensive, like the programs in London.”

Part of Randolph’s job is risk management: keeping an eye on world events 365 days a year. “We did have to withdraw students last semester from Egypt during the uprising,” says Randolph. “We monitor all program sites on a continual basis. Even a traditionally safe place like Western Europe needs to be watched, as we’ve seen recently with the riots in London.”

Randolph says that while on the upswing, the number of students who opt to study abroad represents a tiny fraction of the students who can benefit from the program – namely, all of them. “The students come back so much more mature,” Randolph says. “They come back as global citizens, with a greater cultural perspective, and with the kind of skills employers are looking for.”

Mousavi says she may join the Peace Corps after graduation. “I can’t stop traveling. I know there’s so much out there I can learn,” she says.

“It is transformative,” Randolph agrees. "Over and over again, that is what returning Study Abroad students will tell you.  It was the best thing they ever did.”