Company transforms stage production, canceled due to COVID-19, into a radio play

When 15 actors of the Rutgers Theater Company (RTC) began plans to produce William Shakespeare’s The Winter’s Tale, they never imagined that instead of performing before a live audience they would be at home trying to bring the production to life as a radio play.

But the global COVID-19 pandemic forced the theater company and its actors, now in isolation from California to France because of the coronavirus, to reinvent how they would bring the play to audiences.

“Converting the play to an audio version made perfect sense,” said Brian Crowe, the play’s director and director of education at The Shakespeare Theatre of New Jersey. “Shakespeare is all about the language. Since language was one of the only tools we had, the students dug deep to tell the story without any physical environment. The designers and I were underway with the feel of the play, and the actors had just undergone in-depth Shakespeare training, so they were primed.”

The company, part of Rutgers’ Mason Gross School of the Arts, was originally set to perform the play this spring at the school’s Philip J. Levin Theater in New Brunswick. The company had performed the play live at the Globe Theatre in London earlier this year as part of their experience in the Rutgers Conservatory, a program that includes classical theater study and training.

But the in-person production was canceled in March, and David Esbjornson, chair of the Mason Gross Theater Department, suggested to Crowe and the students that they reinvent the production as a “radio” play. The idea was modeled after The British Broadcasting Company (BBC), which has been recreating Shakespeare’s work on the radio since the 1920’s. Radio dramas became a leading international form of entertainment during that time, and the BBC continues to produce radio plays today, Esbjornson explained.

In some ways, it’s the perfect play for a time of COVID-19-enforced self-isolation – a tale in part about isolation in which a king who falsely accuses his queen of adultery, spends years cut off from the rest of the world before fate brings about a miraculous and happy reunion.

But converting the play wasn’t without its challenges.

“At that point, the students in RTC had relocated to their respective homes across the world and were in the midst of adjusting to this new normal,” Esbjornson said. “However, we wanted to figure out an appropriate way for them to share what they learned at the Globe. Like many others have needed to do, we decided to get as creative as possible.”

Josh Friedman, a Mason Gross theater technician who is part of the production staff, worked with the performers to bring them all to the same audio quality – complicated by the fact that the actors’ home recording spaces sounded different and had microphones of varying qualities. Friedman recorded the rehearsals to capture the best takes. Along with Karin Graybash, a Mason Gross sound designer, who finessed the piece and added music and other effects, Friedman edited the play into a two-hour production.

“The training in London provided a firm foundation for the intricate language work,” said Aline Stokes, a Mason Gross MFA student whose roles in the production included Paulina, a Sicilian noblewoman and friend of the falsely accused Queen Hermione. “However, my main struggle was connecting to the other actors as the character. Being together physically in rehearsals six days a week allows scene partners to feel out each other’s rhythms and reactions in the moment. We needed to figure out how to live out the play in a new way and take advantage of the opportunities we did have together over video.”

“I was lucky enough to find a new job once I got home to North Carolina,” he said. “The stage management team worked tirelessly to make rehearsals and scene work possible for me. Everyone who is part of the production has been supportive and understanding that these are not normal times.”

Those who listen to the play via YouTube can also see a video conversation between Crowe and the Rutgers Theater Company design team, in which they showcase the czarist Russia-inspired designs for the canceled stage production.

“Unfortunately, some of the company’s work in the other disciplines – such as lighting, set, and costume design  – won’t be presented in its original form, but they did fantastic work leading up to the production and beyond,” said Crowe. “We wanted to make sure the audience is aware of the world we envisioned. It will also help explain our musical choices.”

While it may not be the production the company thought they would be doing, they are proud to have brought it to life in another format.

“The company stepped up and gave their best to this unique performance as everyone deals with a very difficult situation,” Esbjornson said. “As I told our students, to be able to be an artist in these times is a real gift. It gives us a form of expression that not everyone has. I hope, in some way, The Winter’s Tale helps us all connect under these unprecedented times and offers the listener inspiration.”

The Rutgers Theater Company will debut The Winter’s Tale on Thursday, May 14, at 7:30 p.m. To listen, visit the company’s YouTube channel at that time. 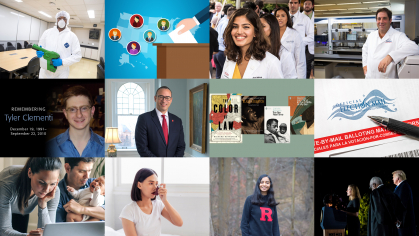 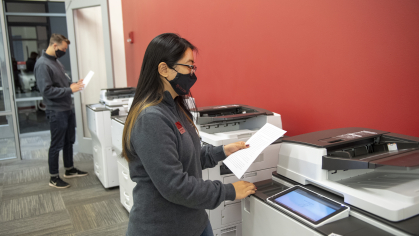 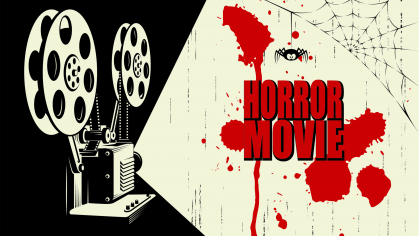