Brian Strom, chancellor of Rutgers Biomedical and Health Sciences, presented White House chief medical advisor Anthony Fauci with the first ever Moral Courage in Medicine Award to recognize his steady and reassuring leadership steering the nation through an uncertain time during the pandemic.

Fauci received the award during an event to mark Holocaust Remembrance Day (Yom HaShoah), which began on the eve of April 7.

“It is fitting on Yom Hashoah that we the living reflect on this pandemic year and begin to draw some lessons on the practice of medicine and public health and the moral obligations of a just society,” said Strom, executive vice president for health affairs at Rutgers, during the online symposium presented by the Miller Center for Community Protection and Resilience at Rutgers, the International March of the Living, Maimonides Institute for Medicine, Ethics and the Holocaust, and Teva Pharmaceuticals, in cooperation with the USC Shoah Foundation.

“Public institutions like Rutgers have a unique responsibility to uplift and advance the health of the communities we serve. As we worked through the ebb and flow of the pandemic surges, we sought direction, leadership, accurate data and unbiased information, and in no small measure hope, amid the uncertainty and suffering unfolding around us,’’ he said. “In an era when public spiritedness and confidence in the disciplines and methodology of science were not held up as virtues of high esteem, Dr. Fauci embodied both.”

Organizers of the event titled, “Medicine and Morality: Lessons from the Holocaust and COVID-19,” said the award was created to recognize Fauci for his work in combating COVID-19, his history of leading the battle against infectious diseases and his dedication to the health and well-being of humankind.

“During this past year, we have witnessed unspeakable suffering caused by a terrible pandemic,’’ Fauci, director of the U.S. National Institute of Allergy and Infectious Diseases and chief medical advisor to President Biden, said during his acceptance remarks.

“We have also seen thousands of men and women of great moral courage, caring for the sick and the dying with compassion and love, risking their own health and sometimes even dying as a result of their unselfish work, other times suffering from unbearable stress, from feelings of powerlessness and hopelessness. We recognize them as heroes and we all remain in gratitude for their sacrifices,’’ he said.

“At this time of Holocaust remembrance, we also remember those millions taken by unspeakable evil whose voices nonetheless speak to us across time. It is important we never forget, not just because evil has not been vanquished, but because virtue and goodness must always remain strong in us."

The event Wednesday featured well-known medical professionals such as Albert Bourla, chief executive officer of Pfizer and a son of Holocaust survivors, who shared his family’s story of resilience, and researchers who discussed medical resistance, the legacy of Nazi medicine and what the Holocaust has taught us about the ethics of care, especially during the current pandemic. The program included stories from survivors who were persecuted by Nazi doctors as well as saved by physicians during the Holocaust, and paid tribute to medical resistance and heroes.

Rutgers alumnus Paul Miller, founding donor of the Miller Center, introduced the event and spoke of the center’s origins five years ago to aid communities in Europe and the United States facing a rising tide of intolerance, anti-Semitism and terrorist attacks.

Miller discussed the center’s partnership with the International March of the Living, saying: “The International March of the Living has, for several decades, undertaken numerous programs to keep the memory of the Holocaust (the Shoah) alive. The Miller Center joins with the March to work with legal groups, law societies and law schools in exposing the role the legal profession played in the Holocaust. These past actions undertaken by our organizations bring us to the importance of this special program -- the role of the medical profession in support of the Nazi party and implementation of the horror of the Holocaust."

“There is no more vulnerable population than the infirm or diseased," added John Farmer, director of the Miller Center and of the Eagleton Institute of Politics, who aided in the symposium’s creation. "This year's Miller Center partnership with the International March of the Living highlights contrasting approaches to this reality. The Nazi doctors, led by Josef Mengele, exploited vulnerable people by performing the most inhumane medical experiments upon them. By contrast, the last year has witnessed, amid the incalculable toll of the COVID-19 pandemic, acts of heroic compassion of countless doctors and health care professionals putting their own lives at risk -- and sometimes dying -- in order to treat, comfort and save the lives of others. There is no stronger repudiation of the Holocaust's atrocities -- which treated individual lives as valueless -- than the dedication of these medical professionals to the value of every human life."

The symposium included a candle lighting in honor of the victims of the COVID-19 pandemic as well as medical professionals persecuted by the Nazis who continued to honor their oath to heal and provide comfort amid the Holocaust.

Grammy Award-winner and U.N. Goodwill Ambassador of Music Miri Ben-Ari, a violinist and descendant of Holocaust survivors, concluded the program with a performance of the score from the film Schindler's List.

The event was co-sponsored by Rutgers' Alan and Joan Bildner Center for the Study of Jewish Life.

To watch the symposium, visit the International March of the Living’s website. 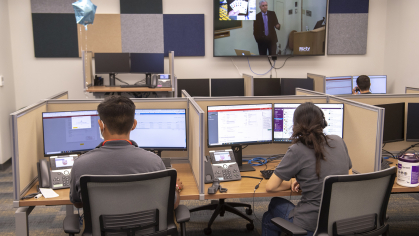 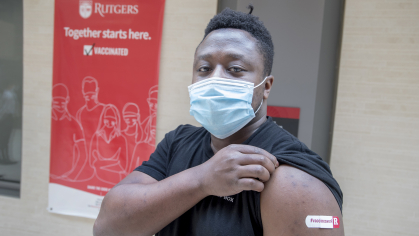 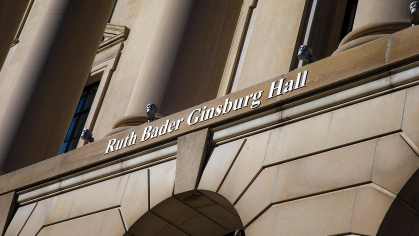