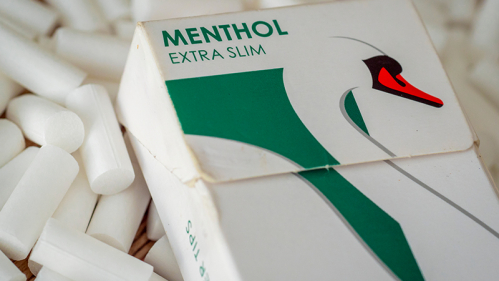 The American Medical Association has joined the African American Tobacco Control Leadership Council in suing the Food and Drug Administration on their inaction to ban menthol-flavored tobacco products which have been heavily marketed by cigarette companies to Black communities for decades.

Cristine Delnevo, director of the Rutgers Center for Tobacco Studies and a professor at the Rutgers School of Public Health, recently published three studies showing that menthol cigarette smoking persists in the United States, particularly among vulnerable populations, despite population-level cigarette declines. Another co-authored paper with Ollie Ganz, an instructor at the Rutgers School of Public Health and a researcher at the tobacco center, called for a ban of menthol cigarettes, saying banning the product should be considered a social justice issue. They both discuss why actions at the state and federal level need to be taken to make the ban a reality.

Delnevo: The FDA’s Tobacco Product Scientific Advisory Committee (TPSAC) was tasked by Congress to review the scientific evidence of menthol cigarette use among specific groups given the high use rates among youth smokers and Black smokers. It concluded that menthol in cigarettes reduced the harshness of smoking and was associated with increased initiation, higher dependence and had lower quit success.

Additionally, as TPSAC pointed out, menthol cigarettes are particularly appealing to the youth, especially minorities. In the past, the industry manipulated menthol levels in cigarettes to be more appealing to young smokers. Even data from the National Youth Tobacco Survey reported that while menthol use declined overall among youth from 2011-2018, there was no decline among Black and Hispanic students.

Our study, published in the journal Nicotine & Tobacco Research draws attention to other populations for which menthol use is high, including sexual minorities, pregnant women and those with mental health problems.

How has the consumption of cigarettes, especially menthol cigarettes, changed over the years following Congress’ Passage of the Family Smoking Prevention and Tobacco Control Act which banned flavored cigarettes, but exempted menthol?

Delnevo: Our study, published in JAMA Network Open, which analyzed cigarette consumption data in the U.S. between 2000 to 2018, found there was a 46 percent decline in cigarette consumption during this period. However, 85 percent of that decline was attributed to non-menthol cigarettes. During this time, menthol consumption was fairly stable and the market share of menthol cigarettes increased by nearly 10 percent. This pattern is consistent with scientific evidence that menthol in cigarettes increases initiation and progression to regular smoking and decreases smoking cessation success.

Ganz: Research shows that a ban on menthol cigarettes would significantly impact public health and positively impact the African American community. A 2011 study modeling the effects of a menthol ban in the U.S. estimated that 633,252 deaths could have been averted and that one of three of these lives lost would be a Black person. Our youth and other vulnerable communities like pregnant women and Hispanic and Black populations are also at risk if this issue continues.

Delnevo: Our paper, published in the journal Nicotine & Tobacco Research, questioned if menthol cigarettes would have been banned by now if the typical consumer was young, white and upper-middle class. It is fascinating to consider how quickly flavored e-cigarettes were banned in numerous locations spurred on by the efforts of Parents against Vaping E-cigs — an advocacy group created in 2018 led by three white mothers. Contrast this with the battle to ban menthol cigarettes for over a decade by numerous advocacy groups and organizations, including the African American Tobacco Control Leadership Council and the National African American Tobacco Prevention Network, to protect their communities, but had no meaningful action taken.

What can be done to enact a ban on menthol cigarettes?

Ganz: We urge policymakers in other states across the country to take action and follow the lead of California and Massachusetts, who banned menthol cigarettes just this year.

Delnevo: Our research has also found that local bans at the city level are likely insufficient to reduce menthol cigarette availability.  That isn’t to say local bans are a bad idea. They aren’t. A local movement can grow to a statewide campaign, just like it did in California.  But ideally, we should be addressing this at a national level.  The Senate should step up and pass HR 2339, also known as the “Reversing the Youth Tobacco Epidemic Act of 2019”—which would ban menthol cigarettes nationwide and be an important step in protecting public health and achieve health equity in the U.S.