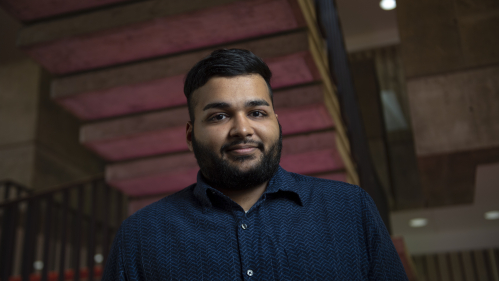 Jason Jacob could have been your typical overachieving undergrad at Rutgers University, but he has distinguished himself with a singular focus on cybersecurity and technology as he prepares himself for future leadership positions in the field.

Jacob is now working in the Incident Response team in Rutgers’ Office of Information Technology (OIT). “That has allowed me to look at incidents whether it's spam, abuse, security, etc., and respond to them and help out with any needs that the team may have,” said Jacob, who started his studies at Rutgers-Newark in 2016 and graduated in January 2020 from Rutgers-New Brunswick with a degree in Information Technology and Informatics and Labor and Employment Relations. He has interned and worked at investment banks in the United States and France.

How did he get where he is today? Here is his story (so far).

Jacob says the seminal moment that relates to cybersecurity, "which started my career," was the OmniSOC internship in the summer of 2019 that allowed him to work with the Indiana University (IU) team and the Rutgers University team.

Each summer for the past two years, OmniSOC has held the OmniSOC internship program for students attending OmniSOC member institutions. Jacob was a member of the first internship cohort.

"The OmniSOC internship came one month after I had left an accounts payable position," he said. "We met for our first meeting on May 24 of 2019, and the internship ended on July 31."

"The OmniSOC internship allowed me to get an understanding of cybersecurity and how day-to-day operations work. I don't think many students get that initial opportunity during their undergrad education, so I'm very thankful when it opened up and appreciative that the Rutgers SOC team gave me the opportunity."

Officials from Rutgers’ OIT hope Jacob – who is working now as an incident response analyst at Rutgers – is the first of many to follow the same path.

“There is a large and growing shortage of cybersecurity professionals,” said OIT associate vice president William W. Lansbury. “If the OmniSOC program produces well-trained graduates and inspires them to stay with OmniSOC’s member universities, it will be performing a valuable service for us and the states we serve.”

Indeed, according to IBM, “The demand for cybersecurity professionals is outstripping the supply of skilled workers. The National Center for Education Statistics (NCES) shows the number of new cybersecurity programs has increased 33%, but the demand is growing faster as cybersecurity is now considered mission-critical in most organizations.”

That’s why OmniSOC launched the OmniSOC internship program for students attending OmniSOC member institutions. There were 10 participants in the first class, and last year’s program (which was held virtually) saw 36 participants receiving certificates for attending at least five of eight different sessions over the span of four weeks.

Jacob first heard about the OmniSOC program when he received an "email blast" to all Information Technology and Informatics majors at Rutgers–New Brunswick.

Jacob says the whole internship experience gave him a broad understanding of cybersecurity operations, networks, network center operations and how everything comes together. "That drew my interest even further into where I am currently as an incident response analyst at Rutgers. Real-world experience always helps build on the educational experience."

In addition to the OmniSOC internship, Jacob notes his other real-world experiences. “Working as an information security intern at Société Générale and working in IT audit at Brown Brothers Harriman gave me an understanding of what I wanted to be and what I wanted to focus on career-wise."

"Finance/Pre-Business was my major my freshman year," said Jacob. “I got the opportunity to work full-time in accounts payable at a private company for approximately three years as an undergrad. That allowed me to understand and work in a corporate environment. During sophomore and junior year, I switched to a double major in Information Technology and Informatics and Labor and Employment Relations.That allowed me to get an understanding of the law, business, and management as well as IT and informatics with a focus in cybersecurity, and I already had an understanding of business from my freshman-year courses."

Jacob believes the second master's degree he is pursuing will allow him to expand his expertise and better understand how technology works."It will help me when I look for roles down the line in terms of moving into management or a senior-level role," he said. 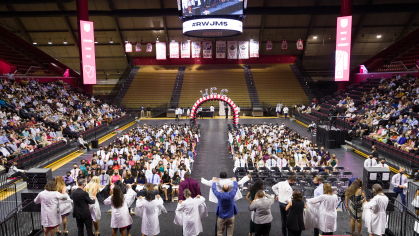 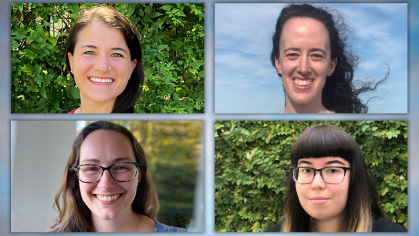 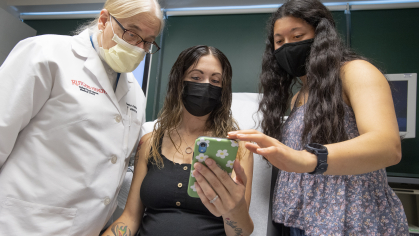