In her new book, Katrina Hazzard-Donald says it's more than hex-breaking oils and candles 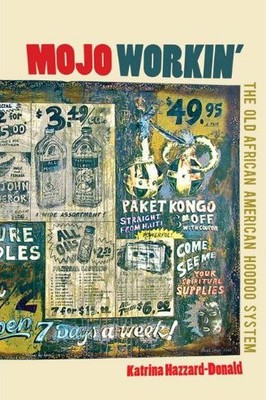 CAMDEN – When browsing through novelty stores, one might find an old-fashioned Hoodoo remedy that promises to ward off bad vibes and change luck. But a Rutgers-Camden scholar says there’s much more to Hoodoo than hex-breaking oils and candles.

“Scholars who write about African traditions in the United States have become concerned over the work that has been done by those who are outsiders to cultural traditions,” says Hazzard-Donald, an associate professor of sociology, anthropology and criminal justice at Rutgers-Camden. “For example, some of the material on African culture and tradition presents premises that are inaccurate. This has happened a lot with Hoodoo.”

Hoodoo is a form of traditional African-American folk magic that developed from a combination of beliefs of a number of separate African cultures after they came to the United States during the slave trade.

It is not to be confused with Voodoo or Vodoun, a West African religion, although Hoodoo began as a religion and lost its religious status after the 1880s.

In her book, Hazzard-Donald says Hoodoo first emerged in the southeastern United States when people from West African tribes of the Congo, Sierra Leone, and present-day Ghana came to America.

“The cultural profile of those three regions is very different and the religions are different,” Hazzard-Donald says. “But after 1807, the African slaves are united under a common material culture and Hoodoo begins to emerge out of these three distinct African religious traditions.

Hazzard-Donald says Hoodoo beliefs are purely naturalistic and practices used naturally obtained supplies like herbs, minerals, and even animals. For example, “chewing the root” was done to release the sap of a plant to conjure spiritual power.

However, Hoodoo practices began to be commercially marketed, modified, and fabricated.

“A tremendous amount of exploitation has taken place among merchants and Hoodoo emerges as a commercial enterprise right around World War I among people who were not believers or practitioners even though they were willing to sell it,” Hazzard-Donald explains. “What many people start to see is something that I call commercialized or tourist Hoodoo. It has been presented as the ‘real authentic’ Hoodoo.”

In commercial marketing, one might see “hot foot” powder, which is derived from a misunderstanding of the traditional “spell” known as “the walkin' foot,” which was designed to make victims walk in unusual ways, or make their legs tremble.

It’s the kind of novelty item found in many shops in New Orleans and across the country.

“Commercial marketers have capitalized on Hoodoo practices to make money,” Hazzard-Donald says. “I wanted to go back and provide an account of how we turned a traditional African religion into a novelty; to something sold in curial shops. I wanted to point out the shortcomings in these interpretations and show readers what really happened.”

Hazzard-Donald is the director of Rutgers–Camden’s Africana Studies and Research Program. She is the author of Jookin: The Rise of Social Dance Formations in African-American Culture (Temple University Press, 1992) and numerous articles on African-American dance and culture.