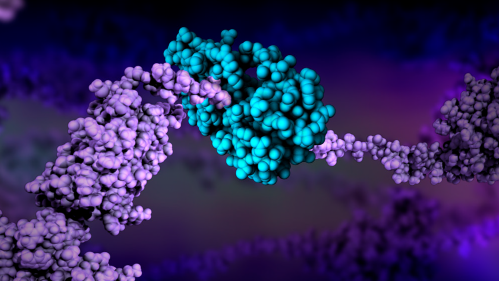 The new partnership with Amazon.com, Inc.’s cloud-computing arm and Open Data Sponsorship Program is providing the Protein Data Bank with more than 100 terabytes of storage for no-cost delivery of information to millions of scientists, educators and students throughout the world who are working in fundamental biology, biomedicine, bioenergy, bioengineering and biotechnology. The partnership with Amazon has more than doubled the data bank’s digital storage capacity at Rutgers.

The Protein Data Bank stores nearly 190,000 experimentally determined 3D structures of proteins, DNA and RNA that are freely available with no limitations on usage. The archive is jointly managed by the Worldwide Protein Data Bank partnership that involves data centers in the U.S., Europe and Asia. The U.S. data center is operated by the RCSB PDB at Rutgers, the San Diego Supercomputer Center at the University of California, San Diego and the University of California, San Francisco. The RCSB PDB has been operating the U.S. data center for the global Protein Data Bank for more than 20 years.

Burley, a University Professor who holds a Henry Rutgers Chair, is an expert in structural biology, molecular biophysics, computational biology, data science, structure-guided/fragment-based drug discovery and clinical medicine/oncology and used the PDB resources even before he came to Rutgers.

Under the new program, AWS is covering the cost of storage and extraction for publicly available, high-value cloud-optimized datasets. Working with data providers, AWS aims to:

“Access to open data sets is improving the way the scientific community can collaborate and accelerate life-changing discoveries,” said Josh Weatherly, director of U.S. education, state and local government verticals at AWS. “The Protein Data Bank provides a vast and diverse repository for researchers in government, academia and industry to use to develop diagnostics, vaccines, drugs, and other therapeutic treatments.”