This Rutgers Alumnus is a Jeopardy Champion

Who is Eric Backes?

The 1999 Rutgers graduate joined a prestigious list of Jeopardy contestants on Monday night, appearing for the first time after countless online screen tests taken over 12 years of tryouts.

He appeared in several episodes as the returning champion. 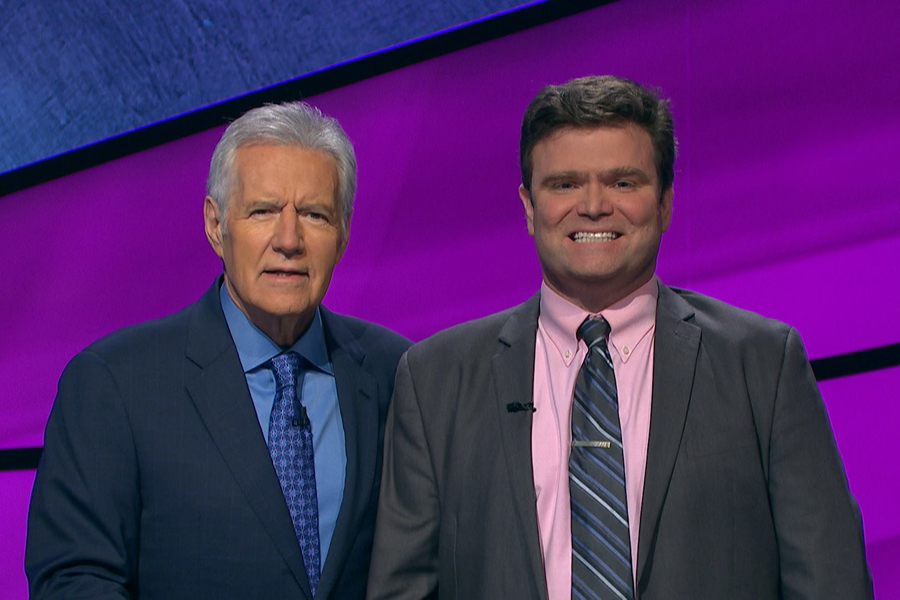 How did it feel when Backes finally took the stage the first time after trying all those years? He admits he was extremely nervous.

“It took me a while to keep my hand from shaking as I clenched the buzzer,” he says. “I kept thinking, ‘I can’t believe I’m here.’”

Backes, a native of Wyckoff, has always excelled at trivia. Up until his Jeopardy appearance, the highlight of his trivia career came when he was a student at Livingston College and won the Cook/Douglass Trivia Bowl in 1999 as part of a three-man team, taking home a $100 gift certificate to the Menlo Park Mall.

“I’ve always been a voracious reader,” he says. “And my parents got me the World Almanac every year because I was so interested in stuff like state capitals, famous people and geography.”

The episode that aired Monday night was taped on Jan. 14. Backes and his wife Bethany, who he met at Rutgers, moved to Round Rock, Texas last year with their two children, Maeve, 2, and Emelia, 5. But friends and family in Bergen County planned watch parties Monday night.

Before the show aired Monday, Backes could not disclose how well he did. But he did share what it was like the moment his named was called as a contestant.

“The studio tapes five shows each day,” Backes says. “And before the first one the crew randomly draws names from a hat to determine who goes up against the returning champion first.”

As he saw his name being drawn in the green room, he asked one of the assistants if any contestant had ever completely broken down and cried. “When she replied no, I said OK, I’ll try not to do that.”

Backes admits to having a weakness when it comes to the hardcore science questions, which turned out to be a strength for the two other contestants he faced. Still, he felt like he did his best and didn’t embarrass himself. “It’s as important to know when not to buzz in as it is to know when you can at least make an educated guess.”

Other than avoiding Shakespeare, Backes felt like all three contestants knew the correct answer to 90 percent of the questions. “It became a matter of buzzing in at the right time,” he says. “Then it’s all about betting correctly when you get a Daily Double to put yourself ahead of everybody else."