Remembering Cheryl A. Wall, a Champion of Black Women Writers

Wall, a well-regarded professor at Rutgers University-New Brunswick School of Arts and Sciences for nearly 50 years, had been planning to retire at the end of the academic year. A recipient of the Warren I. Susman Award for Excellence in Teaching, Wall received numerous fellowships and awards, including being named a Board of Governors Professor of English in 2006 before she was named the Zora Neale Hurston Professor of English in 2008.

"We are profoundly saddened by the loss of this amazing scholar, teacher and citizen of the university,’’ President Robert Barchi said. “Cheryl Wall represented the very best of Rutgers: a world-class intellect whose scholarship advanced the conversation about African-American literature and whose teaching and guidance inspired her students to think in new ways."

Wall, who was 71, began teaching at Rutgers in 1972 and was well known for her scholarship and writings about African-American women writers. Her books include, Women of the Harlem Renaissance (Indiana University Press, 1995) and Worrying the Line: Black Women Writers, Lineage, and Literary Tradition (University of North Caroline Press, 2005). She also edited several volumes of literary analysis of writer Zora Neale Hurston.

"It was my honor to know Dr. Wall during my time on the Board of Governors,’’ said former board chair M. William Howard Jr. “Not only was she one of Rutgers’ most distinguished scholars and much sought after as a presenter, she cared deeply about Rutgers and its mission, particularly with respect to diversity and academic excellence."

Wall, a former chair of the Department of English, who received her B.A. from Howard University and her Ph.D. from Harvard, cofounded the Rutgers English Diversity Institute (REDI), which offered workshops, lectures, field trips and dorm experiences designed to motivate students of diverse backgrounds to attend graduate school and ultimately pursue careers in academia.

“Working alongside her on initiatives like the Rutgers English Diversity Institute has been invaluable in helping me see how commitment to relatively small programs can make a real difference that increases over time,” said Evie Shockley, a professor of English, who called the renowned scholar a congenial, encouraging, and supportive mentor. “Cheryl's generosity is legendary – she shared her knowledge widely, through numerous channels, and has made generations of subsequent scholarship in the field possible.”

Wall was a trusted adviser and mentor to many generations of scholars in African-American Studies and Black feminist thought, said Brittney Cooper, associate professor of Women's and Gender Studies and Africana Studies in the School of Arts and Sciences at Rutgers-New Brunswick.

“Many will remark on her kindness, her status as an intellectual giant, and the way she took younger scholars under her wing and made room for us. I affirm all this,” Cooper said. “But through tears, what I remember most is the way she would pull you to the side, and with a mischievous glint, tell you a joke or share a bit of humor that would have you doubled over in laughter! Cheryl had been at Rutgers longer than I have been alive and this place will be far less sweet without her.”

She was also instrumental in developing the Institute for Women’s Leadership on “Reaffirming Action: Designs for Diversity in Higher Education.”  The Ford Foundation-funded initiative examined the strategies higher education institutions successfully employ to enhance racial and gender equity.

Throughout her time at Rutgers, Wall was active in university affairs, serving as a vice-chair of the Steering Committee on Implementation – a multipronged initiative to strengthen Rutgers' commitment to diversity and to encourage enrollment by talented students in underrepresented populations – with former President Richard McCormick. It was part of the President’s Council on Institutional Diversity and Equity, a body organized to enact sweeping changes in undergraduate education at Rutgers.

Known as the heart of the School of Arts and Sciences Department of English, Wall also led the establishment of the graduate program in English and sought always to empower students and encourage broad appreciation of the humanities and literature, Rutgers-New Brunswick Chancellor Chris Molloy said.

“While her intellect, profound teaching excellence and passion for literature made her an exceptional professor, it was her mentorship, guidance, and ongoing dedication to her students, colleagues and Rutgers University that set her apart,” Molloy said.

Wall was committed to African-American arts and culture and was the founding board chair of the Crossroads Theater Company, the first black theater in New Jersey, founded by two Rutgers graduates, Ricardo Khan and Lee Richardson in 1978.

Wall is survived by her daughter, Camara Epps. A Rutgers celebration of her life will be forthcoming. 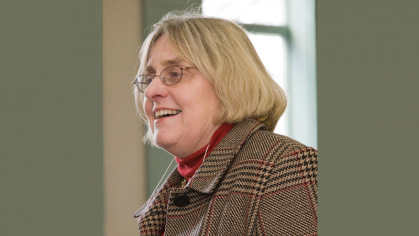 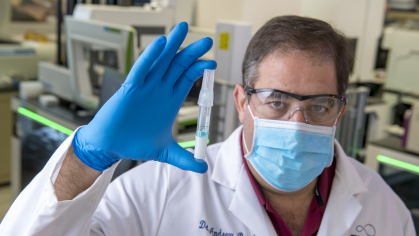