In Preventing Vitamin A Deficiency, a Little Friendly Bacteria Might Go a Long Way 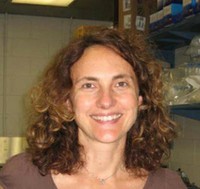 Human beings need vitamin A but the human body can’t synthesize it. We have to get it from our food. Vitamin A deficiency is a serious public health problem, especially in the developing world. The World Health Organization estimates that between 250,000 and 500,000 children in the developing world go blind each year as a result of vitamin A deficiency.

Vitamin A deficit also contributes to night blindness among pregnant women and is linked to high rates of maternal mortality. The condition is linked to impaired immune systems, cancers, and birth defects. The problem is so serious that the United Nations Special Session on Children in 2002 set a goal of eliminating vitamin A deficiency in children by 2010. Clearly, that goal went unmet.

The usual treatment for vitamin A deficiency is to eat food – carrots, for example – rich in vitamin A precursors, or to supplement one’s diet by injecting or ingesting preformed vitamin A. But there are problems with these solutions.

“Supplementation is not feasible, because you need to ingest vitamin A-rich food or supplements on a regular basis,” said Loredana Quadro, assistant professor of food science in the School of Environmental and Biological Sciences. “People come in to a clinic, get a shot or drink a supplement, or eat some vitamin A-rich food, and then they go home, and they may not be able to come back again.”

Quadro and three colleagues – Daniel Hoffman, Paul Breslin, and Michael Chikindas -- have what they think is a better idea: engineer bacteria to live in the human gut for prolonged periods of time to produce beta-carotene, a precursor to vitamin A, to revert the symptoms of vitamin A-deficiency without the need for vitamin A-rich food.

With the help of a $100,000 grant from the Bill and Melinda Gates Foundation, they think they can prove their idea works in mice, and if it does, they’ll try to make it work in people.

Quadro and other colleagues have already demonstrated that beta-carotene can be used in mouse embryonic tissues to generate vitamin A. Their paper was published earlier this year in the FASEB Journal.

The Gates Foundation grant, Quadro says, gives her, Hoffman, Breslin and Chikindas a chance to take the next step. “We want to engineer probiotic bacteria so that the beta-carotene they produce can be absorbed by the intestine, travel through the circulatory system, and be delivered to the target tissues to produce the active form of vitamin A they need.”