In late 1946, after launching an antilynching crusade in Washington, D.C., Paul Robeson and a handful of colleagues visited President Harry Truman in the White House.

Like his predecessors, Truman had avoided advocating for a federal antilynching law because of its unpopularity among Southern congressmen. But the crusaders, prompted by recent racial attacks in the South, insisted that the president take action immediately. The meeting didn’t last long. As Truman stressed that the timing wasn’t right, Robeson RC1919 said if the United States government wouldn’t protect African Americans, they’d have to defend themselves. 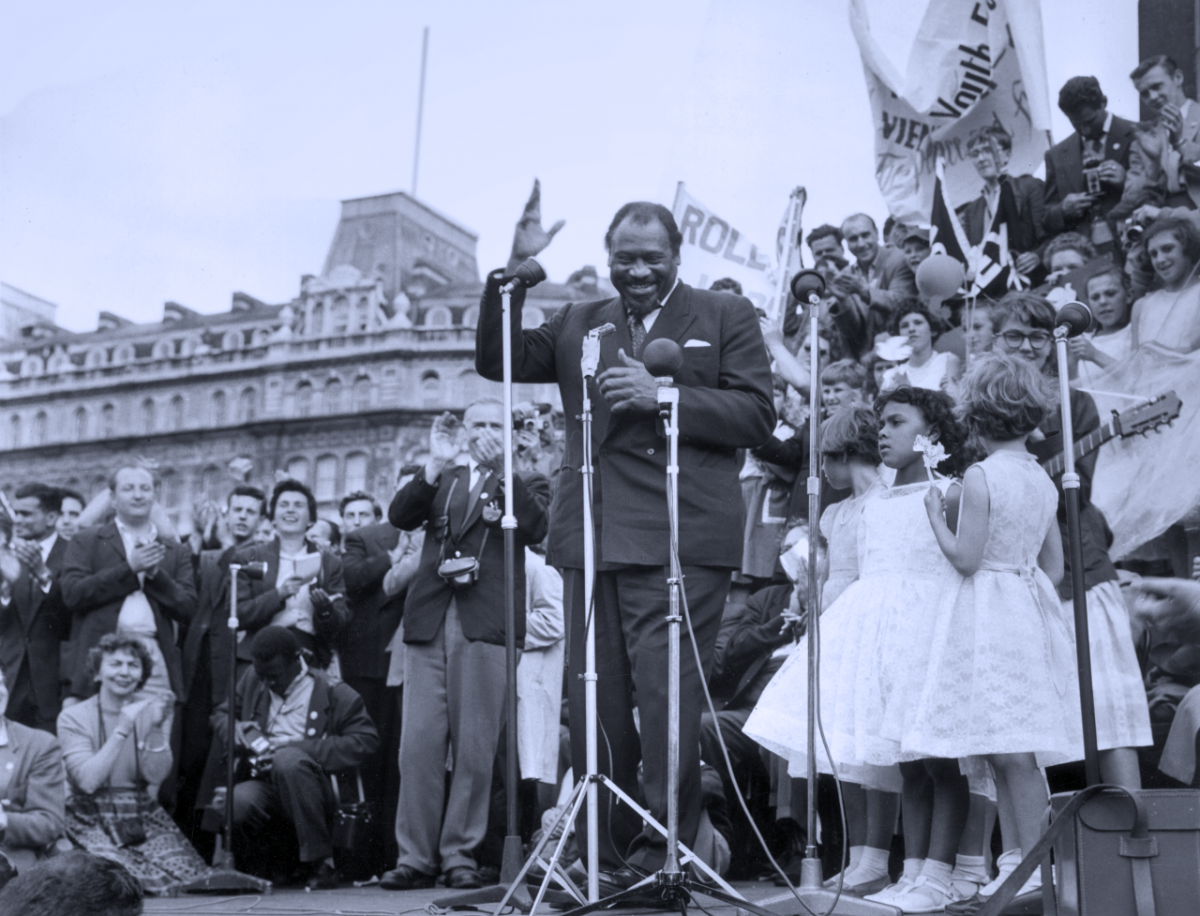 More than 25 years earlier, as a graduate of Rutgers, Robeson showed little interest in politics. He was a member of the “talented tenth”—an idea promoted by author W.E.B. Du Bois that underscored the need for higher education in developing leaders among the most able 10 percent of African Americans. And Robeson believed that realizing one’s potential—in his case, as a singer and actor—would inspire fellow African Americans to do the same. But by 1946—when segregation, racist voting regulations, and lynching were still practiced with impunity—Robeson was a committed activist.

“Policy change was necessary, and change requires an agent,” says Wayne Glasker, an associate professor at Rutgers University–Camden with expertise in African-American and 20th-century U.S. history. “So, I think he felt you have to fight fire with fire. You need stronger medicine. You’ve got to push harder. Otherwise, it’s just not going to happen. He’d run out of patience.”

Although it took Robeson years to come to a full political awakening, there were hints of Robeson’s activist leanings early on. During his senior year at Rutgers, he wrote a thesis envisioning the 14th Amendment as a tool for establishing racial equality, and he delivered a commencement address calling on those of “the favored race” to support their African-American counterparts. But not until more than a decade later, while Robeson was living and working in England, was that activism stoked.

“He runs into progressive playwrights in London and a number of people involved in the anti-colonial struggles in Asia and Africa,” explains Edward Ramsamy, chair of the Department of Africana Studies at Rutgers University–New Brunswick. “He meets Jomo Kenyatta, the future president of Kenya. He meets Indian radicals. So, the political Paul Robeson is developed and nurtured in London.”

His focus on Africa, in particular, fueled a pride in black culture and history that undergirded the many proactive stances he took on issues ranging from the desegregation of the military to lynching. He also co-founded the anti-colonial Council on African Affairs and, as the son of a slave-turned-pastor, strove to emulate his father’s principles. In his 1958 memoir, Here I Stand, Robeson, alluding to his four siblings, wrote, “From him we learned, and never doubted it, that the Negro was in every way the equal of the white man. And we fiercely resolved to prove it.”

That passion eventually got him into trouble. During the 1930s, coinciding with the New Deal era, the socialist and progressive causes he supported were relatively mainstream. But by 1942, when the FBI suspected Robeson of communist sympathies, his public appearances were scrutinized.

Speaking at a peace conference in Paris in 1949, he claimed that America’s wealth had been built “on the backs of millions of blacks” no longer willing to fight the U.S. government’s wars, including one with the Soviet Union. He was also misquoted as comparing the United States to Nazi Germany, and the backlash was extreme. A concert in Peekskill, New York, ended in a riot, and in 1950, Robeson’s passport was revoked by the State Department. It wouldn’t be reinstated for eight years.

“He was a casualty of the Cold War and racism and the war on people on the left, and that destroyed the lives and careers of quite a few people,” says John Keene, professor and chair of the Department of African-American and African Studies at Rutgers University–Newark.

And, yet, Robeson continued to be a firebrand. Called before the House Un-American Activities Committee in 1956, he was asked why he didn’t simply move to Russia. “Because,” Robeson stated forcefully, “my father was a slave, and my people died to build this country, and I am going to stay here and have a part of it just like you. And no fascist-minded people will drive me from it.”

During the civil rights movement, the communist-branded Robeson was damaged goods. The movement’s leaders and organizations distanced themselves from him, even if, in private, they acknowledged the validity of his sentiments, convictions that would surface in books and media accounts after his death in 1976 at the age of 77.

“His outspokenness, his courage, his vision—all of these things were tremendously inspiring,” Keene says. “He has held up as one of the people who helped blaze the path, who made the civil rights transformation in the United States possible.”