The Orgasm Gap Continues With Women Expecting Less During Intimacy 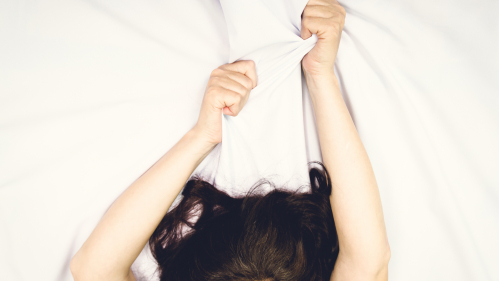 A new study examines the impact of the "orgasm gap."

A Rutgers-led study finds that when men and women have more frequent orgasms in their relationship, they want and expect more orgasms. The opposite happens when a person climaxes less often.

The study, published in the journal Sex Roles, examines the orgasm gap, a well-established phenomenon in which men climax substantially more often than women during heterosexual sex.

Since women tend to have fewer orgasms than men overall, the findings explain why women put less emphasis on the importance of orgasm for their sexual satisfaction compared to men. The results suggest this cycle of inequality likely repeats rather than improves within a relationship when women who orgasm less often reduce the importance they place on this kind of sexual pleasure.

The researchers surveyed 104 sexually active couples about how much they orgasm, the ideal amount they’d like to and how often they expect people should, and found a gap in these relationships, with men climaxing more often than their female partners.

“Our expectations are shaped by our experiences, so when women orgasm less, they will desire and expect to orgasm less,” said Grace Wetzel, a Rutgers social psychology doctoral student who advocates for orgasm equity to her 10,000 followers on social media. “If women do lower their expectations in this way, the more orgasm inequality may perpetuate in relationships.”

Wetzel says a person's expectations and desire for an outcome influences their future behavior, shaping how motivated they are to pursue that outcome--in this case--ultimate sexual pleasure.

“The orgasm gap has implications for women’s pleasure, empowerment, sexual satisfaction and general well-being,” said Wetzel, who speaks often on the realities of the sexual-pleasure disparity. “Importantly, this is a gender equality issue. Women are learning to expect and be satisfied with less in their sexual interactions with men.”

The researchers stressed the importance of increasing women’s expectations for and entitlement to orgasm during sex with men in the hope of breaking this cycle for women who wish to have more orgasms in their sexual relationships.

The study was co-authored by Rachel A. Cultice, a Rutgers doctoral student in the Department of Psychology, and Diana Sanchez, a professor of psychology and director of Rutgers’ Close Relationships, Identity and Stigma (CRIS) lab.