The Northeast Needs Immigrants to Bolster Economy and Help Prevent a Demographic Catastrophe, According to Rutgers Report

“Since the fertility rate is at an historic low, there is even more pressure to bring in more immigrants to the region. At this time, we are looking at a perfect demographic storm. Immigration is something we have to cherish.”
– James W. Hughes

A slowdown in immigration, lower birthrates and a vast exodus of people moving from the Northeast to more affordable parts of the country threaten the economic future of the New York-New Jersey metropolitan region, according to a new Rutgers report.

“It may be an exaggeration to call this a stampede, but the Northeast has been experiencing an unrelenting outflow of people to the rest of the country,” the authors wrote in the Rutgers Regional Report compiled by the Center for Advanced Infrastructure and Transportation and released this month.

According to the report, while the overall population of the United States has been experiencing the lowest growth rates since the Great Depression, the population of the 35-county metropolitan region that includes large portions of New York, New Jersey, Connecticut and Pennsylvania remained stable until 2016. But between 2016-2018, researchers found that the region became afflicted by demographic stagnation and the start of population decline.

“There is a dramatic shift in population to the South and West away from the northeastern states and there is no indication in this 35-county metropolitan region that this is going to stop,” says Rutgers University Professor James W. Hughes.

Most of the population loss can be attributed to New Jersey residents moving out of the area, often to warmer southern states, and not enough people moving back in, according to the report. Ocean County – which has a large Orthodox Jewish community in Lakewood, the most populous township in Ocean County –was the only county that had a population increase due to people moving in from other parts of the state and country.

Middlesex, Bergen and Hudson counties had the strongest population growth during this period and the highest number of new immigrants, according to the report. On the flip side, suburban counties farthest from Manhattan, like Sussex and Hunterdon counties, had the lowest number of people from outside the country taking up residency.

“Since the fertility rate is at an historic low, there is even more pressure to bring in more immigrants to the region,” says Hughes.  “At this time, we are looking at a perfect demographic storm. Immigration is something we have to cherish.”

Hughes says the demographic shift over the past four years is due, in part, to the fact that people didn’t pick up and relocate as much during the period dubbed as the Great Recession because jobs were scarcer and there was an uncertainty about the economy. The economic expansion that followed has led to people making bolder choices and moves they may not have made in the past, he says.

“It is very expensive to live in this region as far as housing costs and property taxes,” says Hughes. “Particularly when it comes to Baby Boomers, when it’s time to retire, they have been looking to move where it is not as costly to live.”

While national policy has shifted to limit immigration, Hughes says the “demographic death spiral caused of domestic outmigration,” that is affecting the Northeast and other states across the country such as Illinois is being averted because immigrants, although lower in number, are still moving to the U.S.

Hughes says for the region to remain economically competitive; it cannot lose the international immigrant population and must remain an attractive place to live and work to those looking for jobs ranging from academia and high-tech to manufacturing and construction.

“I think there are a lot of small business owners throughout the country who understand that we need more immigrants even if some citizens seem to be oblivious to this fact,” Hughes says. “Immigrants are such a crucial part of our workforce, especially when our population is declining.” 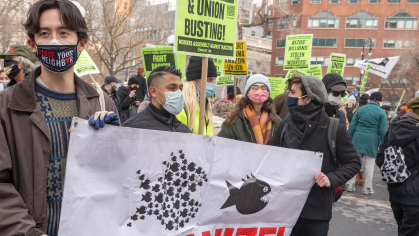 The State of Labor in America 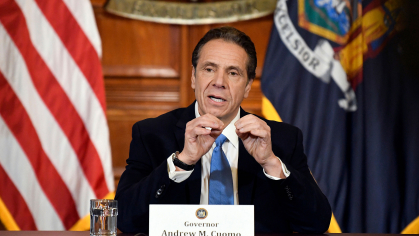