News From the Board of Governors: June 2022

Rutgers Board of Governors Approves 2.9 Percent Tuition and Fee Increase

The Rutgers University Board of Governors today approved a $5.1 billion budget for the 2022-2023 academic year that includes a 2.9 percent increase in tuition and fees, nearly two-thirds below the current rate of inflation.

“We remain committed to providing accessible and affordable high-quality academic experiences and opportunities, especially during difficult economic times. This measured increase and our continued focus on aid programs to reduce the net cost of attending Rutgers reflect that promise to our students, who have shown enormous resolve through the challenges of recent years,” said Mark A. Angelson, chair of the Rutgers University Board of Governors.

William Best Elected Chair of the Rutgers Board of Governors

William E. Best, a senior vice president at PNC Bank, has been elected to a one-year term as chair of the Rutgers University Board of Governors.

Mark A. Angelson, an international leader in higher education, business and law, will serve as vice chair after serving three terms as the chair of the Board of Governors.

Best and Angelson will begin their terms on July 1, 2022.

Angelson is a member of the Rutgers Hall of Distinguished Alumni and chairman of the Institute of International Education (IIE), the world leader in international education and training that administers the Fulbright Scholarships and hundreds of other educational programs from offices around the globe.

Roxane Gay, an internationally recognized writer, editor, cultural critic and educator, has been selected as the next Gloria Steinem Endowed Chair in Media, Culture and Feminist Studies at Rutgers University-New Brunswick.

“I am truly honored to serve as the new Gloria Steinem Endowed Chair at Rutgers," Gay said. "I walk and work in the footsteps of the many feminists and womanists who came before me, and Gloria is one of the giants among those women. I look forward to joining and contributing to a vibrant intellectual community both on and beyond campus."

The Rutgers Board of Governors approved Gay’s appointment.

Gay’s pursuit of social justice makes her appointment especially powerful as she brings a commitment to centering underrepresented voices along with deep and broad experience in media. Her three-year tenure will be celebrated on Tuesday, Sept. 20 with a public conversation about contingent civil rights centered around Roe v. Wade as well as marriage equality and trans equality.

The board today unanimously approved Rutgers President Jonathan Holloway’s recommendation to award Hart a University Professorship in recognition of his far-reaching contributions to Rutgers-Camden. As a University Professor, Hart now has the privilege of teaching and conducting research across the disciplines, schools and campuses of Rutgers University.

Hart has served as a faculty member and in a variety of leadership positions since joining Rutgers-Camden in 1984. Most recently, he served as provost and executive vice chancellor. He previously held the position of interim provost during the 2019-2020 academic year, acting dean of the Faculty and Arts and Sciences in 2002 and associate dean of College of Arts and Sciences from 1999 to 2002.

The Rutgers Board of Governors appointed Perry N. Halkitis the Hunterdon Endowed Professorship of Public Health and Health Equity in recognition of his scholarly contributions and leadership in public health, including his research on the emergence, prevention and treatment of infectious diseases – specifically HIV, HPV and other sexually transmitted infections, as well as more recently SARS-CoV-2.

Halkitis, whose professorship begins July 1, 2022, is dean and professor of biostatistics and urban-global public health at the Rutgers School of Public Health. He is the founder and director of the Center for Health, Identity, Behavior and Prevention Studies (CHIBPS) as well as a primary member of the Rutgers Cancer Institute of New Jersey and the Global Health Institute and professor emeritus at the School of Global Public Health at New York University.

An advocate for the rights and health of the LGBTQ+ population, Halkitis is the author of the 2019 book Out in Time: The Public Lives of Gay Men from Stonewall to the Queer Generation and The AIDS Generation: Stories of Survival and Resilience, published in 2013.

Andrzej Ruszczyński Named Board of Governors Professor of Business

Ruszczyński is part of the management science and information systems faculty at Rutgers Business School-Newark and New Brunswick.

He is acclaimed for his pioneering work in creating the field of risk-averse optimization and optimal control, whose research is based on the theory and numerical methods of decision-making under uncertainty.

White is the Rutgers Cancer Institute of New Jersey deputy director, chief scientific officer, associate director for basic research and co-director of the Duncan and Nancy MacMillan Cancer Immunology and Metabolism Center of Excellence. In 2021, she was elected as a member to the National Academy of Sciences (NAS) and as a fellow to the American Association for Cancer Research Academy.

White, an expert in cancer metabolism, apoptosis – a series of molecular steps that lead to cell death – and autophagy – the body's way of cleaning out damaged cells to regenerate newer, healthier cells – has made numerous landmark contributions to her field. The White Laboratory at Rutgers Cancer Institute focuses on translational research modulating the apoptosis pathway for cancer therapy and on the role of cellular metabolism in cancer progression and treatment. White discovered and identified critical metabolic pathways through which cancer cells survive, reproduce and evade immune responses, paving new ways to inhibit tumor growth and improve anti-cancer immune responses.

Rutgers Board of Governors professorships are awarded to faculty members whose academic accomplishments are recognized nationally and globally as being exceptionally outstanding and exemplify the most celebrated and decorated academic scholars at Rutgers.

The Rutgers Board of Governors unanimously voted on Tuesday to approve a proposal for the new Department of Health Sciences at Rutgers University-Camden. The proposal now goes to the New Jersey Presidents’ Council, which oversees the state’s colleges and universities.

Health science majors receive a thorough foundation to prepare them for a wide variety of health-related professions. Through an interdisciplinary program, students receive instruction in basic science and take courses designed to help them meet the needs of a modern health delivery system. The major can be a foundation for careers in fields such as nursing, public health, physical therapy, pharmacy, science writing and medical research.

The Rutgers Board of Governors on Tuesday unanimously voted to approve the creation of two Bachelor of Arts degrees by the School of Arts and Sciences-Newark, one in ESL and Bilingual Urban Education and another in Urban Secondary Education.

The new degree programs will broaden the Urban Education department’s curriculum by offering more support for pre-service teachers to successfully move into ESL/Bilingual and grade 7-12 classrooms.

“When I was hired in fall 2020 to make changes and grow the department, we realized that the current curriculum needed updating to better serve our students. These new programs will do just that,” said Urban Education department Chair Lynnette Mawhinney, who oversaw creation of the new B.A. programs with her administrative leadership team, LaChan Hannon, Director of Teacher Preparation & Innovation, and Jhanae Wingfield, Director of Field Experiences.

The new programs will enable students to start coursework in relevant concentrations earlier, be better supported to complete teacher certification exams successfully, and gain more time in the field: for example, grade 7-12 classrooms. In addition, newly revamped courses will help the department fulfill its mission as a justice-oriented program. 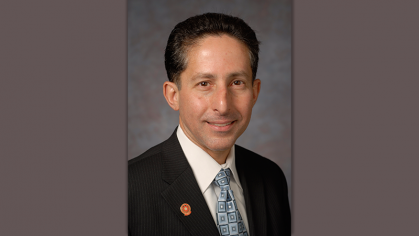 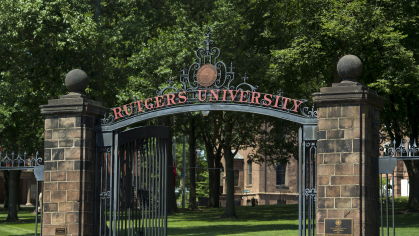