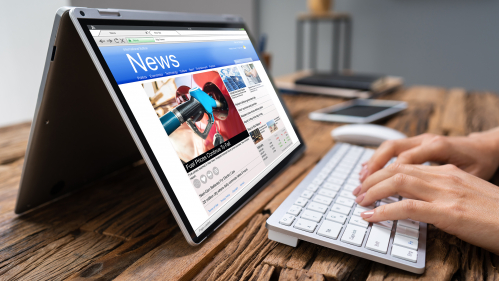 The more credible that people perceive a news source to be, the more they will believe a headline on a story about gun violence, according to researchers at the New Jersey Gun Violence Research Center at Rutgers.

The study, published in the journal Health Communication, sheds light on how the media can shape American attitudes toward gun violence and suggest that delivering gun safety-related messages from news outlets watched by firearm owners might be the best approach.

“These results show that American attitudes about gun violence may be heavily shaped by who is presenting the subject matter regardless of what those sources of information are actually saying,” said Shelby Bandel, lead author of the study and a doctoral student with the New Jersey Gun Violence Research Center.

Research has indicated that Republicans trust far fewer news networks relative to Democrats and that the sources that are trusted are essentially reversed between the two political groups.

The new Rutgers research discovered similar findings after presenting 3,500 U.S. adults, who included firearm owners, with two mock headlines: “Gun Violence Is the Result of Mental Health Problems” and “Storing Firearms in a Safe Can Help Prevent Suicides.” Half of the participants were told that the first headline was from Fox News and the second was from MSNBC. The other half were told the first headline was from MSNBC and the second was from Fox News. The researchers then examined what predicted how accurate the participants perceived each headline.

Among all the study’s participants, the importance of an accurate headline was secondary to their belief in the credibility of the news source. These findings highlight the importance of credible media portrayal of accurate information on gun violence prevention because readers rely on the content of the full article for information.

“As is the case with many other public health issues, the media is likely playing an enormous role in building and sustaining inaccurate beliefs about why gun violence occurs and what we can do to prevent it. When the media voices we trust feed us misinformation, our ability to tackle gun violence in a unified and effective way suffers,” said Michael Anestis, coauthor and executive director of the Gun Violence Research Center and associate professor in the Department of Urban-Global Public Health at the Rutgers School of Public Health.

“This highlights how important it is to work with a broad range of media outlets to convey accurate information about gun violence and other public health concerns. Different groups view different media sources as more credible or less credible, and it is vital that their preferred source present them with accurate information,” Bandel said.