Ashley Silvera performs a job that currently ranks among the most vital in New Jersey—procuring facemasks, hand sanitizer and countless other supplies for Rutgers Biomedical and Health Sciences (RBHS) and its affiliated hospitals.

A decade ago, Silvera and her team would have struggled to perform effectively during a lockdown that kept them at home, but Rutgers’ move to cloud-based software and its investment in new communications tools have made for a surprisingly smooth transition.

“We have been conducting meetings with vendors and suppliers on Webex, and that has worked impeccably,” said Silvera, who is University Procurement’s campus liaison for research and science. “Internally, we’re communicating mostly via Microsoft Teams, which has been great.”

Other members of faculty and staff have much the same to report. Some applications have experienced sporadic issues, and many users needed some time to adjust and master unfamiliar software, but overall, the technology provided by the university has performed admirably. It has, amidst the greatest-ever disruption to American working life, allowed Rutgers to continue performing the vast majority of its vital functions.

One key to this success has been the university’s move in recent years to cloud-based information technology services and systems. These cloud-based systems include the Rutgers Connect email and calendaring service (based on Microsoft Office 365), the Webex service for web conferencing and events, the Microsoft Teams collaboration and chat tools, and OneDrive and Box for online storage. ScarletApps—Rutgers’ version of Gmail and other Google services—is primarily for students but also available for faculty and staff use. Meanwhile, a number of software programs, such as Microsoft Office, are available for faculty and staff to install for free on their personal computers.

Cloud-based online storage – that is, storing files remotely rather than on a desktop computer or university-owned equipment – was already prevalent at Rutgers before the move to remote work. Because of that, many faculty and staff members have not had to make significant changes in order to access their files. Consequently, the use of cloud-based storage has only increased slightly in recent weeks. Usage of Box is up roughly 8 percent, while usage of OneDrive and SharePoint—components of Rutgers Connect used for online storage—has only increased 7 percent and 15 percent, respectively.

“Users have reported very few issues, and most of those have stemmed not from any problems with Webex but from overstressed home internet connections,” said Avram Paris, a telecommunications analyst at the Office of Information Technology (OIT). “The software has performed better than we could have hoped.”

Another integrated communications tool, Microsoft Teams, has seen an even more pronounced surge in usage. Teams is essentially made for remote work, allowing for one-on-one chats, group chats, document collaboration, and other services needed when workers are dispersed at far-flung locations.

“Teams is an interesting case because we have made very little advertisement of the service,” said Vladimir Gabrielescu, an associate director at OIT. “Its spread has been mostly word of mouth from local IT to their units. Nevertheless, we have seen about 1,000 new teams created since people started working from home.”

Paul Gogliormella, a web developer at Institutional Planning and Operations who has worked from home at previous jobs, uses a variety of communications tools to keep in touch with his team.

“In the office, the whole team works right next to each other, so I used to just spin around and talk,” he said. “Now, I send text messages for quick things and reserve Webex for when I need to have a more detailed conversation. As for the software I use to do my actual work, that’s largely Adobe Creative Cloud, which works exactly the same no matter where you are.”

Reports from the OIT Help Desk and other IT support units suggest the transition has gone smoothly for the overwhelming majority of users. OIT Help Desk call and email volume has been well within normal ranges despite the fact that thousands of faculty and staff members, and more than 70,000 students, have suddenly and unexpectedly become remote workers, teachers and learners.

A week’s worth of preparation during spring break wasn’t long enough for faculty members to create true online classes, but instructors report that the variety of technology tools and flexible students have combined to allow them to make the transition to remote learning.

“I was very worried about the transition because the honors colloquium I teach is a discussion-based class rather than a series of lectures, but I surveyed the students individually and found that they all were willing and able to do a virtual class at our normally scheduled time,” said Laura Troiano, acting director of the Honors College in the School of Arts and Sciences at Rutgers University-Newark.

“There were a couple of audio glitches during the first class, but other than that, it has gone very well,” she said. “We don’t do videoconferencing because of bandwidth limitations, but we have managed to have very engaging discussions via a combination of audio and the chat feature, which the students took to using on their own to ask questions of whoever’s speaking. It would be disruptive if done verbally, but it actually enhances the conversation when done by chat. Is the situation perfect? No, but I’ve been very happy with the software, the support I’ve gotten from the university and the buy-in I’ve gotten from students.” 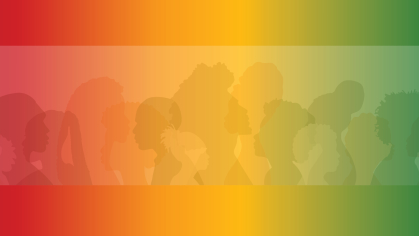 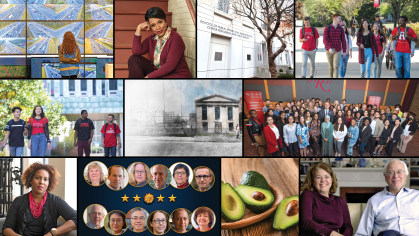