Ten black women who are part of the “Mothers of the Movement," and whose sons were killed at the hands of police officers, told a Rutgers-New Brunswick audience they want to find ways to work with law enforcement while also holding them accountable.

“What we need is officers who care and have a relationship with the community,” said Gwen Carr, whose son, Eric Garner, died after a New York police officer put him in a chokehold while arresting him.

The women advocated working with police to promote social justice at the event sponsored by Douglass Residential College, the Institute for Women's Leadership, the Department of Women's and Gender Studies, the Paul Robeson Centennial Celebration and the Division of Diversity, Inclusion, and Community Engagement.

The afternoon teach-in was designed to promote an open dialogue where students, staff and the mothers could discuss ways to overcome tragedy and find solutions to prevent systemic violence.

Carr said many of the mothers involved in the group – whose sons' deaths inspired the Black Lives Matter movement – have police officers in their families. While encouraging students to create an open dialogue with law enforcement, Carr said they also need to promote social justice, make sure they vote and pay attention to jury trials involving black victims and often all white juries.

“This is not a club anyone hopes to become a part of, but we are united and we will do what we can to change the narrative,” said Marion Gray-Hopkins, whose son Gary Hopkins Jr., 19, was  unarmed when he was fatally shot by police in 1999 during an altercation. “We hear the stories from the point of view of police, but those are often not true.” 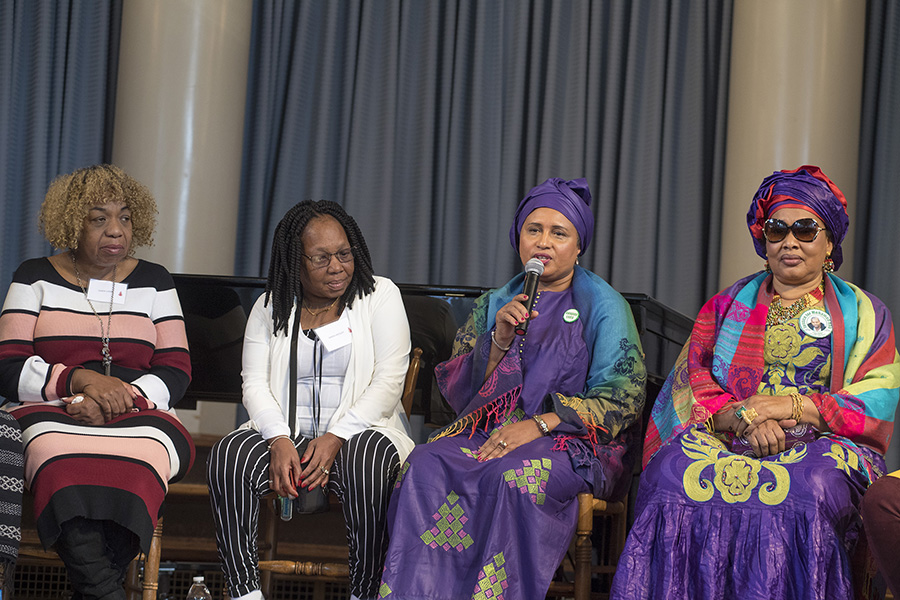 Kadi Diallo said her son’s 1999 death inspired Bruce Springsteen’s song "American Skin (41 shots)" after he was mistaken for a rape suspect and shot 41 times by police. She said one of the biggest issues the mothers faced was that the first news stories were often inaccurate but created a lasting impression even after the truth was revealed.

But “with the evolution of social media, you can create a page and share your story. We encourage people to visit the victim’s family’s website and learn about what the real story is,” Diallo said. “Activists can use this, too, as a tool to gain support and get the word out.”

Elizabeth Gunn, associate dean of academic and STEM programs at Douglass Residential College, said the event brought to life an important part of the school’s message.

“This year at Douglass, students are learning about persistence, and all the mothers have channeled grief into activism, something all women at Douglass can incorporate,” Gunn said.