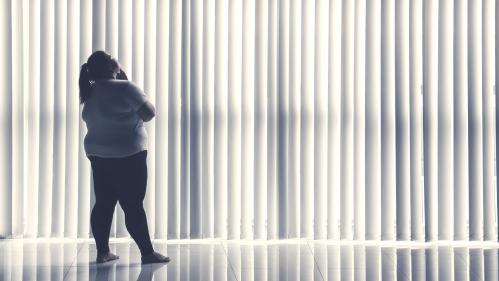 Mexican immigrants, especially those who are undocumented and fear deportation, have limited access to healthy foods and are at increased risk for obesity because of stress, anxiety and depression, according to a Rutgers study.

The study, published in the journal Progress in Community Health Partnerships, evaluated the barriers to healthy eating faced by Mexican immigrants in New Brunswick, N.J., where about 50 percent of residents are Mexican immigrants and nearly one-third of children in immigrant families are obese.

The research found that Mexican immigrants are at increased risk for obesity after arriving in the United States because in the city neighborhoods where they settle, they are forced to rely on cheap, readily available, high-sugar foods. Fear of deportation discourages these adults from leaving their homes or contacting agencies that can help them get quality food, said study lead author Karen D’Alonzo, director of the Center for Community Health Partnerships at Rutgers School of Nursing.

Researchers partnered with promotoras, or Hispanic community members trained in basic health education, to lead discussion groups with 70 Mexican adults and teens to identify the most important factors contributing to their weight gain. The promotoras, which are common in Latin American culture, helped the researchers gain the participants’ trust and better understand the cultural context of their responses.

They found that stress, anxiety and depression resulting from fear of immigration raids affected eating habits and limited physical exercise.

“Many Mexican-born parents reported feeling guilty about their U.S.-born children’s deportation concerns and cope by allowing them to eat whatever they want,” D’Alonzo said. “In addition, few children joined sports teams, especially if significant parental involvement was required. Parents were either working or staying home to keep out of sight.”

The study also found that parents often send their children to shop for food and expected teenagers to prepare the meals even though parents were too busy working to teach them how to cook. Participants said lack of time also contributed to their food choices.

“Fast food and neighborhood bodegas are more affordable and accessible than healthier alternatives in grocery stores that could be miles away,” said D’Alonzo. “Complicating matters, many of these parents work multiple jobs without meal breaks, then eat cheap, available food later at night. If they share an apartment, they may not have kitchen access when they need it.”

High school students reported that ordering fast food for lunch was preferred because it identified them as “American.”

“While much attention has been drawn to the public health threats posed by new immigrants, this study shows that we are only beginning to understand the dangers of anti-immigrant sentiment and policies on the physical and mental health of immigrant families themselves,” D’Alonzo said.

D’Alonzo said individuals in immigrant communities can regain control over aspects of their lives and stay healthy in the midst of long-term stress by maintaining a regular schedule that includes meals, exercise and time with family; avoiding contact with people who cause stress; identifying places to shop that offer an assortment of fresh fruits and vegetables, dairy products and meats or fish at reasonable prices; avoiding stress eating; and identifying community organizations that can help them in dealing with immigration-related stressors and promote healthy living.