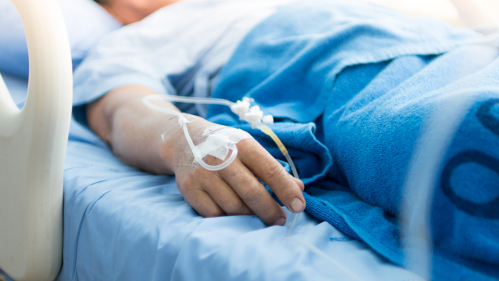 The complications experienced by heart failure patients implanted with a left ventricular assist device (LVAD) vary depending on socioeconomic factors, according to a Rutgers-led study.

In a study published in the American Journal of Cardiology, researchers found that the frequency and type of adverse complications leading to hospitalizations in patients with an LVAD varied significantly by sociodemographic factors.

“In particular, we found the primary cause of hospitalization for those patients from lower-income areas was more frequently a critical adverse event compared to those from higher-income areas,” said Ehimare Akhabue, an assistant professor of medicine in the Division of Cardiovascular Diseases and Hypertension at Rutgers Robert Wood Johnson Medical School.

An LVAD is a pump used for patients who have advanced heart failure, a chronic, progressive condition in which the heart muscle is unable to pump enough blood to meet the body’s needs.

The device, a battery-operated, mechanical pump, is surgically implanted. It then assists the left ventricle of the heart – the organ’s main pumping chamber – to pump blood to the rest of the body. It can be a life-saving therapy for a person awaiting a heart transplant. For patients who are not candidates for a heart transplant, the device can be used as a long-term treatment, often extending and improving a person’s quality of life.

The researchers based their analysis on hospitalization data found in the National Inpatient Sample, a nationally representative database of hospitalizations containing de-identified information for civilian hospital stays, regardless of payer, including those covered by Medicare, Medicaid and private insurance as well as uninsured visits. Sociodemographic data are drawn from all participating states with estimated income levels based on zip codes.

More than 62,000 hospitalization stays between the years 2012 and 2017 of adult patients with a previous LVAD placement were studied. The researchers found the most common reasons for hospitalization were for major bleeding, infection or heart failure.

Gastrointestinal bleeding was more likely among older adults and less likely for the highest income quartile of patients than those in the lowest quartile. Device-related infections or a life-threatening condition caused by infection called sepsis were found to be less likely among hospitalized patients with higher incomes.

The researchers focused their study on the association between sociodemographic markers and outcomes for patients with LVADs. They hope continued research will help to understand the reasons for such associations as well as to develop suggestions for new approaches to treatment.

“Further study is needed to determine if there are opportunities for targeted preventive measures based on sociodemographic markers,” Akhabue said.

Other researchers involved in the study included Soko Setoguchi, a professor of medicine and epidemiology at Rutgers Robert Wood Johnson Medical School and Rutgers Institute for Health, Health Care Policy and Aging Research; Janet Cai, a cardiology fellow at Rutgers Robert Wood Johnson University Hospital; and Patricia Greenberg, a senior biostatistician, and Weiyi Xia, a doctoral student, both in the Department of Biostatistics and Epidemiology at the Rutgers School of Public Health. Ike Okwuosa, a heart failure specialist and researcher at the Northwestern University Feinberg School of Medicine in Chicago, also was involved in the study.