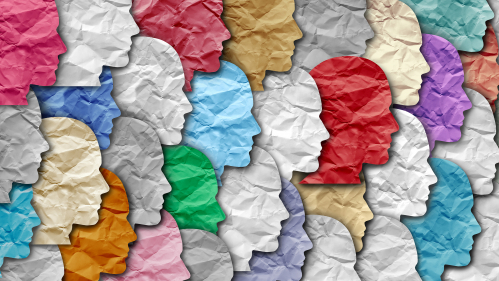 This and another large genetic study, just published in Nature, point to similar genes and biological mechanisms that start to hone in on the root causes of the severe psychiatric disorder

In a landmark genetic study of more than 121,000 people, Rutgers and an international consortium of researchers have identified extremely rare protein-disrupting mutations in 10 genes that strongly increase an individual’s risk of developing schizophrenia.

The Genomic Psychiatry Cohort (GPC) study based at Rutgers, which contributed to the SCHizophrenia Exome Meta-Analysis (SCHEMA) directed by the Broad Institute at MIT and Harvard, is led by Carlos Pato, executive chair of psychiatry at Rutgers Biomedical and Health Sciences (RBHS), and Michele Pato, director of the Rutgers Center for Genomics of Psychiatric Health and Addiction. The SCHEMA study has been part of a decade-long investigation by researchers across nearly four dozen institutions.

“The advances being made in these studies begin to clarify converging biology and physiology that can be targets for new treatment development,” said Carlos Pato, who also collaborated with researchers at Cardiff University in Wales on a second study, the Psychiatric Genomics Consortium (PGC). The PGC, a study of 320,400 people, found 287 regions in the genome that are associated with schizophrenia risk, including ones containing genes identified by SCHEMA.

Together these studies underscore an emerging view of schizophrenia as a breakdown in communication at the synapse (the junction between neurons) and illustrate how different kinds of genetic variation affecting the same genes can influence the risk for different psychiatric and neurodevelopmental disorders. The two studies appear together in the journal Nature.

“These rare mutations have proven to converge on a typical clinical presentation. This may mean that the convergent biology in cellular signaling pathways is applicable to a much larger portion of our patients suffering from schizophrenia,” said Michele Pato.

The SCHEMA Consortium — which came together in 2017 — focuses on the exome, the coding proteins that could detect genetic mutations and prevent a gene from producing healthy, functioning proteins.

By sequencing whole exomes from 24,248 people with schizophrenia and 97,322 without, the SCHEMA team identified ultra-rare variants in 10 genes that dramatically increased a person's risk of developing schizophrenia. These variants, called PTVs for “protein truncating variants,” prevent cells from producing a gene’s full-length functional protein. Insights into two of the 10 genes, GRIN2A and GRIA3, support an emerging theory about schizophrenia's mechanistic roots. They encode portions of the glutamate receptor, a cellular antenna found at the synapse that allows neurons to receive excitatory chemical signals from neighboring neurons.

"These first 10 genes are really only the beginning of genetic discovery,"  said Benjamin Neale, a co-corresponding author on the SCHEMA study and a PGC collaborator, a Broad Institute member and director of genetics at the Stanley Center. "There is pretty clear evidence that there are many more genes to discover using the same kind of approach. But we fundamentally need bigger sample sizes to be able to reveal those additional genes.”

Brian Strom, RBHS chancellor, congratulated the discovery teams for the groundbreaking research. “These are very exciting findings that pave the way for not only a clear definition of risks for schizophrenia but also for targeting specific interventions.”

“We have the unique opportunity to study individuals with highly penetrant rare copy number variant (CNV) mutations that, in most cases, cause schizophrenia,” said Michele Pato, who is also a professor of psychiatry at Rutgers Robert Wood Johnson Medical School and Rutgers New Jersey Medical School.

Mulle, associate professor at Rutgers Center for Advanced Biotechnology and Medicine, said the Rutgers team will use cutting-edge molecular neuroscience technologies to test their hypothesis.

“These exciting data from the SCHEMA study suggest that schizophrenia-associated mutations may converge on shared pathways or targets. In their new project, our Rutgers team will use cutting-edge molecular neuroscience technologies to test this hypothesis of biological convergence. Our results will have the potential to lead to transformative insights into the neurobiology of schizophrenia and uncover novel targets that may be a launch point for therapeutic discovery.”