At more than 250 years old, Rutgers has a rich history of discovery, culture, innovation, and achievement – but, as one of America’s oldest colonial colleges, there’s bound to be spooky folklore that follows. This Halloween, Rutgers Today takes a look at some of the spirited legends of the macabre floating around campus, as told by Angus Kress Gillespie, Rutgers folklore expert and professor in the Deparment of American Studies at the Rutgers-New Brunswick School of Arts and Sciences.

Founding father Alexander Hamilton plays a prominent role in one of Rutgers most infamous legends: the story of Lady Gray who haunts the iconic Old Queens building on the College Avenue campus, which housed some of the first instructional space at Rutgers.

She is believed to be the ghost of Catherine Livingston, who supposedly had an affair with Alexander Hamilton during the Revolutionary War while he was stationed near New Brunswick – as suggested by a series of letters exchanged between the two, Gillespie said. When Hamilton left for battle, he told Lady Gray he would return for her and never did. To this day, she sits in the bell tower of Old Queens (now home to the office of the chancellor and administration for Rutgers-New Brunswick), staring longingly at the Raritan, awaiting his return. 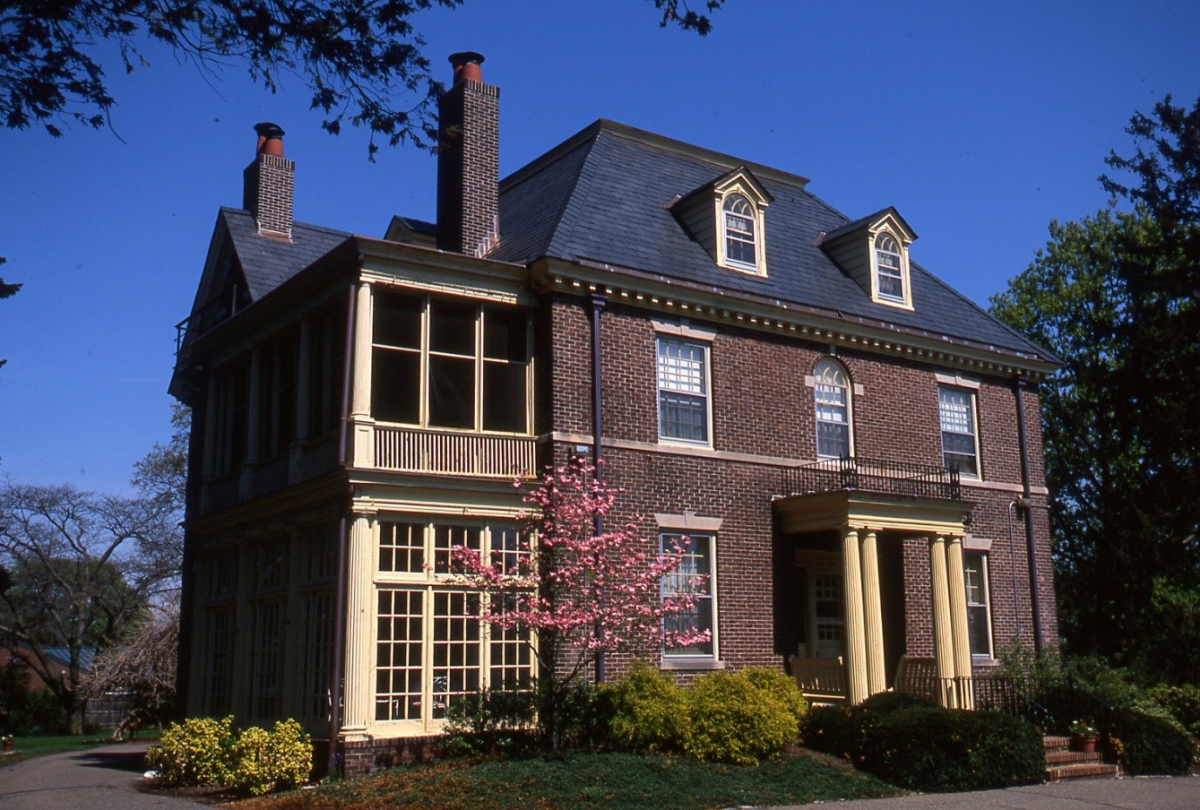 Before becoming the home of Douglass Residential College’s dean, this property was the official residence of Episcopalian priest Edward C. Hall and became associated with one of the state’s most notorious murders. While living in the home, Hall had an extramarital affair with a choir member named Elanor Mills. One of the parishioners found out about the affair and was appalled, Gillespie said. In 1922, while out in the nearby orchard, Hall and Mills were murdered, with gunshot wounds to the head, a slash in Mills’ throat and torn up love letters between the bodies. With no clues, weapons or witnesses, the grisly crime was never solved, despite massive media coverage. Police were suspicious of Hall’s wife, believing that she may have orchestrated their killings with her brothers, but no evidence could ever pin them to the crime. Because of the wealthy status of the families involved, the case became one of the most notorious American crime cases, only to be overshadowed later by the kidnapping of Charles Lindbergh’s baby.

Miller Hall has a ghostly past. After hearing complaints from faculty and staff members about strange noises, footsteps, whistling sounds and unexplainable movements, former associate dean for academic affairs Marc Mappen decided to investigate the previous occupant of the lot, Gillespie said. After checking city records, Mappen learned that prior to Rutgers’ purchase of the building, Miller Hall was the site of a mortuary. According to several previous employees, the building contains a stone that says ‘McDede Burial Company’ that Mappen had discovered. But no one has ever been able to locate it since. Theories say the mysterious presence could either be McDede himself or a disgruntled resident from his work seeking revenge.

The chancellor’s office at Rutgers-Camden at 303 Cooper St, built in 1867 as the residence of South Jersey statesman Isaiah Woolston has a few ghost stories of its own. In the late 2000s, an employee saw her coworker in the building one morning and heard her voice, but then soon realized this person was not actually in the office yet.  They believe this is also the same spirit that would consistently turn a statue of a gargoyle on the desk of another employee to the right every few weeks. Meanwhile, behind the office stands a pair of grave markers. The residents? Family pets from the 1800s, likely belonging to Woolston. And there might be more: Gillespie said some believe the site was previously a pet cemetery that was built over, but who really knows.

This Douglass residence hall is one of the oldest on the campus. Its namesake, Mary Putnam Woodbury Neilson, was married to James Neilson, the grandson of the man who constructed Wood Lawn (now Eagleton Institute of Politics) and lived there with him until his death. While living in this home, Mary kept a large rose garden outside on the south side of the house, the space now occupied by A-wing of Woodbury Hall. After her husband’s passing, the house was given to Rutgers University, who then removed the rose garden, which upset Mary, Gillespie said. In the 1980s, roses were left in the A-wing of Bunting-Cobb that died the very next morning. After more bouquets were left and died, the legend says that Mary exercises her revenge by killing any roses left in A-wing, while roses in other parts of the building consistently flourish.

While Mason Gross School of the Arts is known for those seeking a professional acting career, Little Theatre was originally for the amateur who performed for the love of the craft (now used as a satellite building for the Theater Department and primary rehearsal space for main-stage plays). Jane Inge, theater director from the 1920s to the 1950s, lived in an apartment above the Little Theatre until she died. Since her passing, other directors and students often said they had witnessed her ghost appearing in the theatre in a white dress. Legend says she will mainly appear during rehearsals and will flicker the lights to draw attention to her presence, Gillespie said. A previous director called in electricians to fix the lights, but from what they could tell, there was nothing wrong with the electrical system.