Half of Americans Are Unsure About Popular Vaccine Misinformation 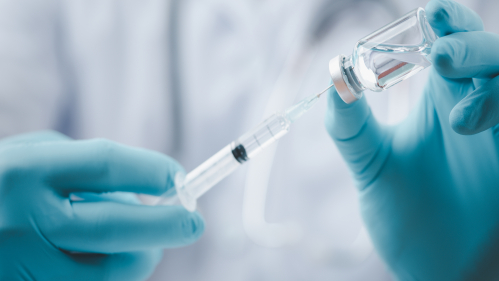 More than half of Americans are not sure whether or not to believe some of the false claims and misinformation about the COVID-19 vaccines, according to a new survey from a coalition of university-based research from across the country.

“While a relatively small percentage of people believe vaccine misinformation, there is a considerable proportion who say they are not sure whether the misinformation items are true,” said lead author Katherine Ognyanova, an associate professor of communication at Rutgers’ School of Communication and Information who is part of a coalition of researchers from Rutgers-New Brunswick, Northeastern, Harvard and Northwestern universities. “There is a well-known association between holding misperceptions and refusing the vaccine. Importantly though, we find that uncertainty is also linked to vaccine resistance. All of this confirms that when scrolling down our news feeds, we need to be extra careful what we share.”

The most prevalent misperception in the data links the COVID-19 vaccines to infertility. Only about half (52 percent) of respondents were able to identify this particular statement as false, 11 percent were concerned that vaccines can cause infertility and 37 percent were unsure.

“With new COVID variants on the rise, it is even more important to be protected by a vaccine,” said Ognyanova. “Low-quality information, even if it is not believed, can increase uncertainty about vaccinations, raising concerns among those who are already hesitant and hardening the conviction of those who are vaccine-resistant.”

The survey also found people 25 to 44 years old, those with high socioeconomic status and Republicans are most likely to hold vaccine misperceptions, with more 25 percent in each group marking at least one misinformation statement as true.

Women, African-Americans, young people and those with lower socioeconomic status are most likely to report uncertainty about whether misinformation statements are true.

The researchers polled 20,699 Americans from all 50 states and the District of Columbia between June 9 and July 7.

The consortium has released 60 reports and charted public opinion related to COVID-19 topics since April 2020. It is the largest ongoing national survey tracking people’s opinions and behavior during the pandemic.