Growing Rutgers Gardens to Be a More Inclusive Place 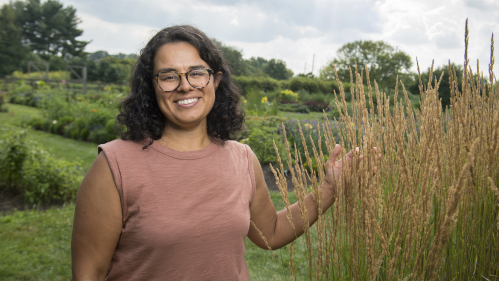 Ariana Arancibia, the new director of Rutgers Gardens, has been working since the summer to find ways to expand access and make it a more welcoming place for communities who have historically not had equal access to nature and public green spaces.
Nick Romanenko/Rutgers University

Ariana Arancibia took on the new role as director of Rutgers Gardens and Campus Stewardship to tackle issues of social justice and equity.

She is working to expand access to the gardens for surrounding communities and make it a welcoming place for people of color and other marginalized communities who have historically not had equal access to nature and public green spaces.

The daughter of immigrants from Argentina, Arancibia also wants to serve as a role model for other children with similar backgrounds – letting them know there is a place for them in the field of environmental sciences.

“I want to engage with new communities that may feel traditionally this space wasn’t for them,’’ said Arancibia, who recently moved back to New Jersey after living in New York City and working for NYC Parks GreenThumb for the last several years.

She sees a direct connection between the challenges she wants to take on at the gardens and the recent racial reckoning in the country.

“There is a huge Latinx population in New Brunswick that doesn’t have access to beautiful green spaces and that itself is an injustice,’’ she said. “Historically we don’t talk about these things. We act like they don’t exist, it’s not a problem. I think the pandemic in combination with the murder of George Floyd and the uprising that came out of that opened the flood gates to being able to say we can’t be silent or quiet about these issues anymore.’’

Arancibia, who grew up in East Brunswick and graduated from Rutgers University-New Brunswick in 2010 with a degree in photography and a minor in art history from the Mason Gross School of the Arts, became interested in issues of environmental justice after college. She worked for a year as an assistant photographer before applying to AmeriCorps National Civilian Community Corps (NCCC) to see other parts of the country.

For two years she helped build community gardens and worked in urban agriculture. It was an experience that made her aware of injustices and inequality around issues of access to food.

“It was the first time I had exposure to what food insecurity is,’’ said Arancibia. “There were people in rural areas who were surrounded by agriculture, but they didn’t have access to any fresh produce or food. They had to drive 45 minutes to an hour to the nearest Walmart to get food.’’

After completing her service with AmeriCorps NCCC, Arancibia worked in a farm apprenticeship program before returning to New York City to be closer to her family including her brother, Juan Arancibia, also a Rutgers graduate. She did compost collection, outreach, and education with the NYC Compost Project hosted by the Lower East Side Ecology Center and worked for NYC Parks GreenThumb to provide support to community gardens across the five boroughs – gaining project management and community organizing experience and a deeper understanding of environmental justice issues.

When the job opened at Rutgers Gardens, she saw an opportunity to make a difference.

“I grew up coming here and I felt it was a great opportunity to create more inclusiveness and accessibility to the space,’’ said Arancibia. 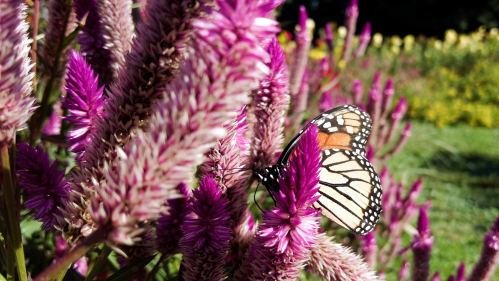 Meet the Workers Who Kept Rutgers Gardens Growing Through the Pandemic

This summer she started working to identify ways to increase access to the gardens, including translating its website, which is only available in English.

“To a Spanish speaker that is not helpful,’’ said Arancibia.

She also wants to expand strategic outreach and engagement efforts, which have traditionally focused on local garden clubs and botanical associations.

“Those relationships are important and significant and have built what the gardens is now, but those folks know about the gardens,’’ she said. “I want to focus on the folks who don’t know.’’

To reach more residents in the surrounding area, Arancibia wants to have tables at community events in New Brunswick, distribute bilingual flyers and have Spanish speakers available to talk about the gardens. She is hoping to build a base of volunteers to support this outreach effort.

Arancibia is also working to raise awareness about accessibility and coordinating with faculty who are organizing an event to call attention to a lack of transportation options to the gardens, something the university is considering in its long-term planning.

‘’The gardens are so close to New Brunswick, but so far for residents and the student population who don’t have a car,’’ she said. “I am looking to understand where the barriers to entry are and how we can move forward.’’

Laura Lawson, interim executive dean of the School of Environmental and Biological Sciences, says Arancibia was hired to make the gardens more visible to people at Rutgers and the neighboring communities.

“A lot of people describe the gardens as a hidden gem and we don’t want it to be hidden,’’ Lawson said. “We want people to use it and we want it to reflect the diversity of the larger community. The gardens already have deep ties to the horticultural research and teaching at Rutgers. There are so many opportunities to expand it and make it more inviting, usable and accessible.”

Arancibia’s ultimate vision is to see the gardens being used by a wide range of communities for various activities, similar to her experiences in Prospect Park in Brooklyn where Quinceaneras, birthday parties, cookouts, jam sessions, and family picnics were held on the weekends.

“Depending on which side of the park you were on, you would see different uses for the same space and that to me is beautiful,’’ she said. “I want that here, however it could be manifested, because exposure to nature and building a relationship with it is what changes generations.’’ 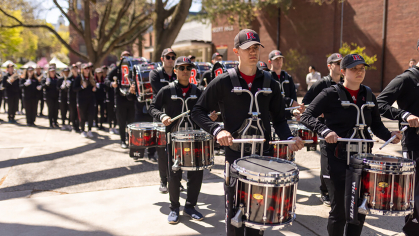 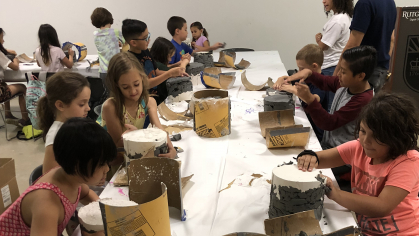 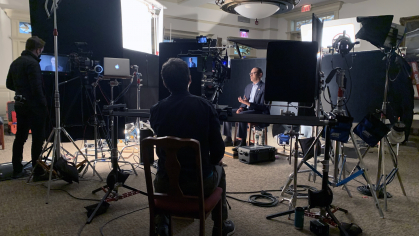