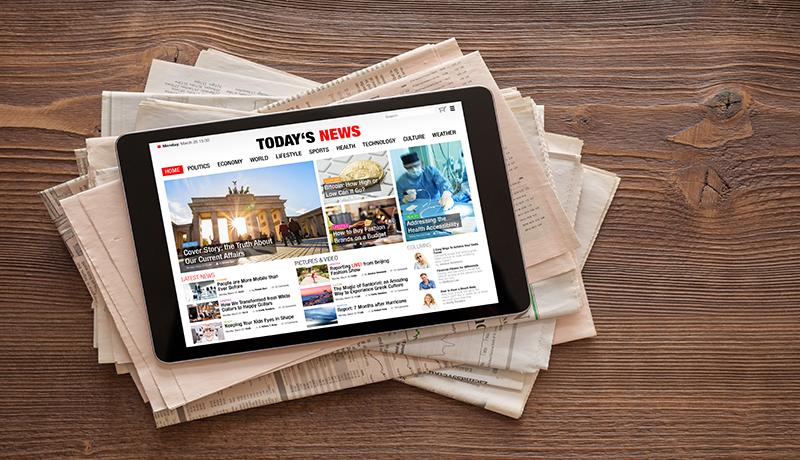 A Rutgers-led study finds that online misinformation, or “fake news,” lowers people's trust in mainstream media across party lines. The researchers defined fake news as fabricated information that looks like news content but lacks the editorial standards and practices of legitimate journalism.

While the overall association between fake news exposure and political trust was positive, there are differences among political parties, researchers say. Strong liberals trusted the government less after consuming fake news, while moderates and conservatives trusted it more.

"Strong liberals exposed to right-leaning misinformation may be most likely to reject its claims and mistrust the current Republican government,” said lead author Katherine Ognyanova, an assistant professor of communication at Rutgers University–New Brunswick’s School of Communication and Information. “In contrast, moderate or conservative respondents may take that misinformation at face value and increase their confidence in the current political institutions.”

Attitudes towards the media and the federal government affect how people find and evaluate information, who they believe and how they act during exigent circumstances, and how they participate in the political process.

Researchers say the findings emphasize the critical importance of technological, social and regulatory efforts to curb the spread of fake news.

“It has become clear that none of the stakeholders -- audience members, technological companies, media, fact-checking organizations, or regulators -- can tackle this problem on their own,” said Ognyanova. “Platforms should work hand in hand with media and users to implement solutions that increase the social costs of spreading false stories. Regulators can help increase the transparency that is required in the process.”

The researchers collected data from 3,000 Americans who participated in two survey waves in October and November of 2018, shortly before and after the U.S. midterm elections. The researchers also used new methodology that involved having people install a browser add-on that tracks what they read on the Web between the surveys. About 8% (227) of the respondents agreed to install the browser. The participants' browsing history was used to evaluate their exposure to fake news sources and assess whether consuming misinformation was linked to changes in trust.

“The time period we collected the digital data was characterized by considerable public attention to political news and events in the United States,” said Ognyanova. “On Nov. 6, 2018, many states had their first major election since Donald Trump was voted into office. In the weeks following the election, both the public and the media were focused on the results and their implications for American political life. The increased attention to political events at that time would likely strengthen the effects of exposure to mainstream and fake news content.”

The study was co-authored by David Lazer, Christo Wilson and Ronald E. Roberston of Northeastern University.