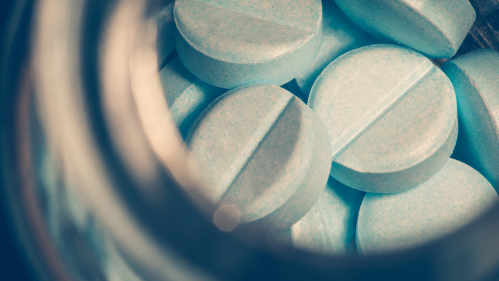 The expansion of opioid treatment programs in prisons could reduce the risk of overdose and death among ex-inmates, according to a Rutgers study.

In a study of 53 individuals released from New Jersey state prisons who self-reported opioid use disorder, researchers found a significant interest in participating in prerelease treatment programs. Interviews were conducted between June 2020 and April 2021, within two months of release.

“Our data support further expansion of prison opioid treatment programs and suggest that there are multiple areas for patient education to increase awareness of post-release opioid risks,” said Peter Treitler, doctoral student and research specialist at the Rutgers Center for Health Services Research and lead author of the study published in the journal Substance Abuse.

Drug use is common among people prior to incarceration, with about 54 percent of state and federal prisoners reporting using at least one narcotic in the 30 days before their arrest, according to the U.S. Department of Justice.

Since former inmates are 129 times more likely to die of a drug overdose within two weeks of release than other state residents, prison systems throughout the country are following New Jersey, a national leader in this effort, and have begun making medication for treatment of opioid use disorder available in prerelease programs.

Medications for opioid use disorder work by fully or partially blocking opioid receptors in the brain, which prevents opioid drugs from producing effects such as euphoria. Some study participants who had avoided opioid use during their incarceration said they didn’t feel the need to start taking these medications. The researchers said more prerelease education and information on the risks after release from prison, including overdose death posed by fentanyl in street drugs, could increase participation in prison programs.

Of the 32 state prison systems that offer medication to curb opioid cravings after release, 16 offer only one drug – naltrexone (sold as Vivitrol). Because naltrexone fully blocks opioid receptors and doesn’t control withdrawal symptoms or cravings, the risk of relapse is high. Other drugs, such as methadone and buprenorphine, better prevent withdrawal and cravings and are considered more effective, though they are more highly regulated.

As opioid treatment programs begin to expand throughout U.S. correctional systems, Treitler said it is critical to better understand incarcerated individuals’ decision-making around opioid medication programs in prison and their transitions to community-based treatment post-release.

“When considering the pros and cons of prison-based programs – from the lifesaving potential of medications to the potential misuse of treatments like buprenorphine – it’s clear that the benefits outweigh the drawbacks,” said Treitler.