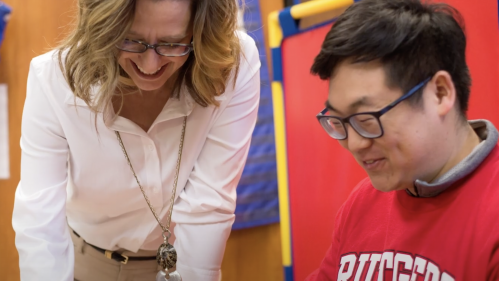 When Sandra Harris founded the Douglass Development Disabilities Center (DDDC) in 1972, little was known about autism, and the services needed to help children with this neurological developmental disorder were scarce.

Fifty years later, as the DDDC commemorates a half-century supporting the autism community and providing training for professionals, the prevalence of autism has risen, with 1 in 44 8-year-old children in the United States and 1 in 35 in New Jersey on the autism spectrum.

“Over the last 50 years, the DDDC has addressed some of society’s largest issues through service, teaching, scholarship and outreach to our New Jersey autism community due in large part to Harris’ vision and groundbreaking work,” said Lara Delmolino, executive director and associate dean of the Rutgers Graduate School of Applied and Professional Psychology. “She laid a strong foundation of which we are extremely proud.  We have made great strides, yet much more still needs to be accomplished for this underserved population.”

The DDDC, a unit of GSAPP, is part of the school’s Applied and Academic Autism Services division, which includes the Rutgers Center for Adult Autism Services and GSAPP’s academic programs in Applied Behavior Analysis and Autism.

The DDDC uses applied behavior analysis (ABA) for the delivery of service, training and research to support individuals with autism spectrum disorder (ASD). ABA is the application of behavioral science to improve socially important behavior with the goal of improving quality of life and decreasing behaviors that interfere with learning or social opportunities.

Since 1972, the center has served approximately 2,000 people with autism – currently 80 students and adults per year – not including those served through the DDDC’s community outreach programs. The center provides individualized curriculums and instruction, employment and related day services to adults and consultation and training in schools, homes and in evaluations.

The program Harris instituted has been training service providers since the DDDC opened its doors – about 100 professionals annually – and providing effective in-house support in school districts for children with ASD.

Harris also worked to build a research base to examine how to best meet the needs of autistic individuals. Today, DDDCs researchers are investigating vocational assessments, increasing independent responses in adolescents and adults and minimizing the need for intensive prompting.

“The DDDC gave me a calling and laid the foundation of where I am today,” said Suzanne Buchanan, the executive director of Autism New Jersey, who began her career as a field worker in 1993. “I witnessed firsthand the power of effective applied behavior analysis. Furthermore, I was lucky enough to be standing on the shoulders of giants who had a remarkable vision for improving service delivery. On a daily basis, Autism New Jersey strives to remove the systemic barriers, connect families to evidence-based treatment and expand funding streams for this marginalized population.”

With these established community resources in place, the DDDC is turning its attention to the more severe cases of autism. Its focus has shifted to being a resource for the most complex cases: those with significant learning and behavior challenges.

“The pressing need for what is required going forward can be summarized in one word: more,” said Catriona Francis, director of the DDDC. “More funding, more support staff to enter this noble profession, more awareness and activism, more acceptance and inclusion. There is much more work to do, ultimately leading to the ability to support even more underserved individuals with ASD to help them achieve the quality of life they seek and deserve.”

“As the DDDC celebrates 50 years, I hope we move forward while paying homage to our past, keeping true to the DDDC values of advocacy, humility, integrity, validated by data-driven knowledge, and by keeping GSAPP’s commitment to serving the underserved at the forefront of everything we do," said Delmolino.

The center’s campaign, 50 Faces of the DDDC, celebrates both its achievements and the people who helped shape the DDDC. To donate to the center, visit: https://bit.ly/3STO7L2.

The Rutgers University community is celebrating Disability Awareness Month this October. Rutgers is one of the most diverse institutions in the Big 10 and individuals with disabilities play a vital role in making our community vibrant and inclusive. 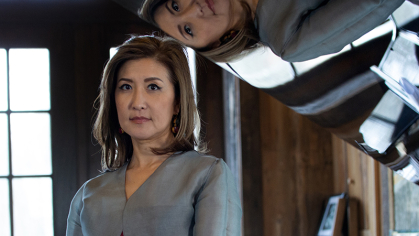 Watch a preview of the music Mason Gross professor Min-Kyung Kwon will be performing at the New Jersey Performing Arts Center. 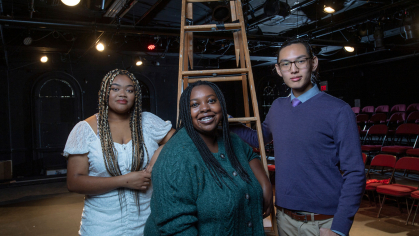 For the first time in 48 years, all three student theater groups at Rutgers-New Brunswick are being led by artistic directors of color. 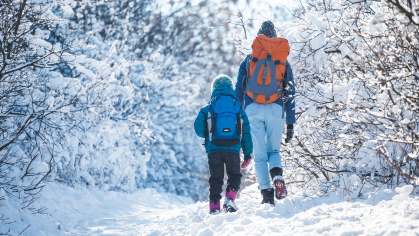