Do You Suffer from Triskaidekaphobia?

Do you suffer from triskaidekaphobia?


If so, then you’re probably not looking forward to May 13, which falls on a Friday this 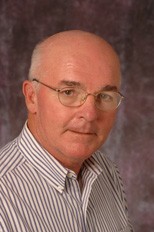 year. Triskaidekaphobia, which means the fear of Friday the 13th, is derived from Greek words tris meaning "3," kai meaning "and," deka meaning "10"  – and it's extremely common.  With May 13 around the corner, Rutgers Today spoke with Mike Petronko, director of the Anxiety Disorders Clinic of the Graduate School of Applied and Professional Psychology  at Rutgers about Friday the 13th and the psychology of superstition.

Rutgers Today: What are the roots of Friday the 13th’s foreboding reputation?

Petronko: Exactly how this got started is difficult to say, but the belief appears to date back to ancient times. Often, superstitions are rooted in religion. Some folklorists believe the fear may stem from the Last Supper, when, according to Christian belief, Jesus and his 12 disciples gathered for the final meal, which set the stage for his crucifixion, on Good Friday. But there are other theories. The numeral 13 appears to be a greater offender than the day of the week. In Spanish-speaking countries, for instance, Tuesday the 13th is deemed the ill-fated day.

Rutgers Today: Are people so afraid of Friday the 13th that they’ll change their behavior?

Petronko:  The fear is there, absolutely. That’s why you don’t see elevators stopping at floor 13 in hotels. Builders skip the number on street addresses; aircraft don’t install a 13th row. Friday the 13th as a day when nothing good can happen is probably the most widespread superstition in the United States today, I’ve seen intelligent and rational people avoid scheduling an important event, such as a wedding or buying a home. One study estimates that $800 to $900 million is lost in business on Friday the 13th because people stay home from work, refuse to fly or engage in routine business.

Rutgers Today: Can you explain some of the psychology behind superstitions?

Petronko: As a cognitive behavior therapist, I view the practice of a superstition as an example of avoidance behavior. Think of a triangle. On each corner you'll find the following: thoughts/beliefs, feelings, and behaviors, which are in constant flow, each influencing the other. If I have the thought that Friday the 13th is coming and that potential danger lurks (thought corner), anxiety/fear increases (feeling corner). If I stay home (behavior corner) my anxiety goes down. The problem is that as the anxiety goes down when I practice avoidant behavior, the false belief is strengthened along with the practice of the avoidant behavior. Anything that causes anxiety to go down is extremely reinforcing. Not walking under ladders, throwing spilt salt over your shoulder, etc. follow the same principal. There are other psychological explanations for superstitious behavior, but this one resonates with me.

Rutgers Today: What is the difference between superstition and a phobia – and can superstitious thinking go too far?

Petronko: A phobia is an unrealistic/irrational (no rational evidence to support it) fear of something which if encountered creates anxiety resulting in avoidance behavior. A superstition relates to an irrational belief resulting in scripted practices. The beliefs can be positive (four leaf clover-wish before blowing out birthday candles yielding good luck) or negative ( Friday the 13th).  It's worth pointing out that at least a few people will have extraordinary good luck on Friday the 13th: 5 or 6 will match enough of the numbers on the Mega lottery to win $250,000, or even the jackpot. Those who stayed home will use this as evidence of the wisdom of staying home. The ones who are at work or traveling, say they wouldn't give the 13th a second thought.  For me 13 is the luckiest number because I got married to my wife on August 13 almost 45 years ago.