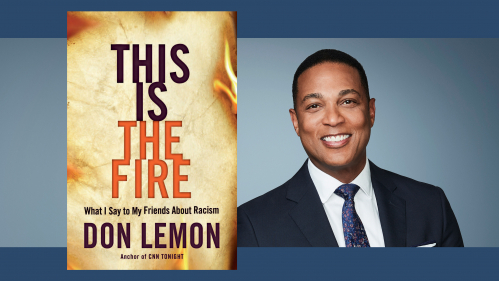 After watching and reporting on the death of George Floyd, his neck pinned to the ground beneath the knee of a Minnesota police officer, CNN anchor Don Lemon drew from James Baldwin’s 1963 The Fire Next Time as he wrote a poignant letter to his nephew.

“Today, I heard a dying man call out to his mama, and I wept for the world that will belong to you,” Lemon writes in the prologue to his book, This Is the Fire, which takes a historical look at the racial divisions that have afflicted the United States and shares personal stories from his life and his family’s history.

During his weeknight show, CNN Tonight with Don Lemon, Lemon helps guide the critical and ongoing conversation on race and racism in America. The anchor will continue that conversation at a Rutgers Eagleton Institute of Politics virtual event on Tuesday, April 20, at 5 p.m.

“One of the leading media voices in this country, Don has expressed in his book the common experiences of many, many people in this country who haven’t been given proper voice previously,” said Elie Honig, executive director of Rutgers Institute for Secure Communities and an Eagleton faculty associate, who is also a legal analyst for CNN.

Honig, who appears often on Lemon’s show, will lead the conversation with the author during the virtual event.

“Don Lemon has the difficult task of putting history in context as it’s happening,” said Holloway, a historian and author whose scholarly work specializes in post-emancipation U.S. history with a focus on social and intellectual history. “We look forward to stepping back from the daily deluge of news with him to explore how we move forward together.”

Honig said he appreciates the opportunity to ask Lemon questions since the journalist poses questions to him when he appears on his nightly show. He notes that Lemon opens up in his book about relationships in his family, the devastating loss of his sister, and family members’ and his experiences with racism and bias.

“Being a Black man, and a gay man, in this country puts Don in a really unique position to understand what a lot of different groups of people have experienced in their lives,” Honig said. “And he expresses that straight from his heart and in a very genuine way that has made a big impact on people.”

Lemon will join the Rutgers community to discuss the way forward for a divided country through a shared understanding of the history of all Americans.

“Rutgers is committed to a lot of the same principles and ideals that Don expresses in the book,” Honig said. “Perhaps Rutgers’ foremost mission right now is to promote social awareness – awareness of our societal structures that sometimes keep people apart, as we look for ways to rise above those things and to connect. Don’s book and Don himself are perfect partners for Rutgers in that mission.”

To learn more and sign up, go to the event page. 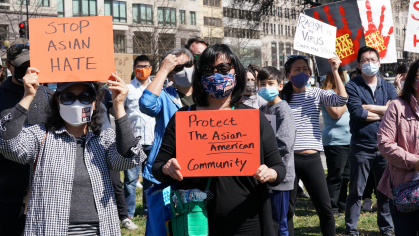 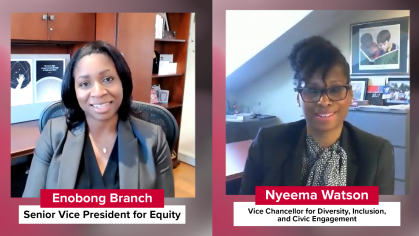 A Conversation About Black History and Becoming Better Allies