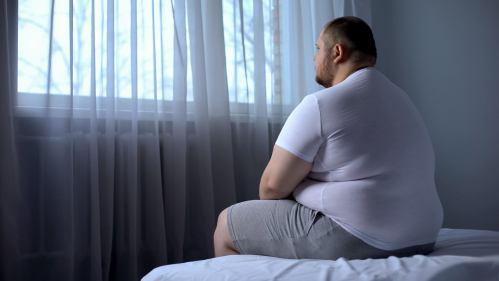 “The findings provide evidence in support of bariatric surgery as an effective therapeutic tool to lower elevated risk of cardiovascular disease for select individuals with obesity and NAFLD,” said Vinod K. Rustgi, Distinguished Professor of Medicine, clinical director of Hepatology and director of the Center for Liver Diseases and Liver Masses at Rutgers Robert Wood Johnson Medical School. “These finding are tremendously impactful for many reasons.”

Heart disease is the leading cause of death for men and women across the board for racial and ethnic groups in the United States. About 697,000 people in the country died from heart disease in 2020, according to the U.S. Centers for Disease Control and Prevention.

NAFLD, and a more advanced form known as NASH, are rapidly increasing causes of liver disease, and can impact people who drink little to no alcohol. The condition, which occurs because too much fat is being stored in liver cells, inciting an inflammatory state, is more common in people with obesity and type 2 diabetes.

In the study, researchers analyzed outcomes data, using the MarketScan Commercial Claims and Encounters medical insurance database, from 2007 to 2017. Of 230 million covered individuals, 86,964 adults between the ages of 18 and 64 who had obesity and NAFLD were identified. Of those, 68 percent of the study group were female, 35 percent underwent bariatric surgery and 65 percent received nonsurgical care.

The association between bariatric surgery and risk reduction of developing cardiovascular disease has not been studied to this level of detail before, the researchers said.

There is growing evidence that bariatric surgery, because of the weight reduction it brings about in patients, offers definitive health benefits. A study conducted by Rustgi and colleagues, published in the journal Gastroenterology in March 2021,  showed that bariatric surgery can also significantly reduce the risk of cancer – especially obesity-related cancers – in obese individuals with NAFLD. Importantly, these cancers included colorectal, pancreatic, endometrial, thyroid cancer, multiple myeloma and hepatocellular carcinoma.

“Although bariatric surgery is a more aggressive approach than lifestyle modifications, it may be associated with other benefits, such as improved quality of life and decreased long-term health care burden,” Rustgi said.

Other Rutgers physicians and statisticians in the study included You Li, and Carlos Minacapelli, both in the Division of Gastroenterology and Hepatology at Rutgers Robert Wood Johnson Medical School. Mohamed Elsaid, who worked with this team while obtaining his PhD at Rutgers, is now on faculty at Ohio State.