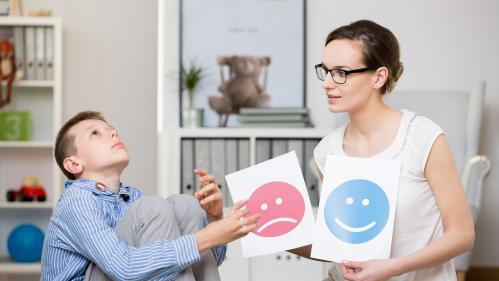 The reason for the surging numbers in New Jersey hasn’t been determined.

For the eighth consecutive year, the Centers for Disease Control and Prevention finds autism prevalence increased in the United States

In a new federal report published today, Rutgers researchers say autism continues to be far more common in 8-year-old children in New Jersey than elsewhere in the United States.

The researchers said the cause of the surging numbers in New Jersey hasn’t been determined.

“It is surprising that the prevalence of a significant disorder like autism has risen so consistently over a relatively brief period,” said Walter Zahorodny, an associate professor of pediatrics at Rutgers New Jersey Medical School, who directed the New Jersey autism-monitoring site. “Changes in awareness and shifts in how children are identified or diagnosed are relevant, but they only take you so far in accounting for an increase of this magnitude. We don’t know what is driving the surge in autism recorded by the CDC’s Autism and Developmental Disabilities Monitoring (ADDM) Network and others.”

New Jersey’s autism prevalence rate for 8-year-olds is one in 32 compared to one in 54 nationwide, according to the analysis of 2016 data in the Centers for Disease Control and Prevention Morbidity and Mortality Weekly Report Surveillance Summary.

New Jersey’s rate is higher than the estimate from 2014 that found a one-in-59 prevalence among 8 year-olds. The 2016 estimate is 175 percent higher than baseline estimates established in 2000. The data come from 11 U.S. communities participating in the ADDM. The investigation also shows more children are being evaluated and identified with autism at younger ages. The latest findings draw on data from two separate reports on 8-year-old and 4-year-old children.

Autism prevalence in the 11 communities varied widely, from 1.3 percent in Colorado to 3.1 percent in New Jersey. New Jersey has been the leading indicator of autism prevalence since inception of the ADDM Network and the current findings show autism affected one in 34 children in New Jersey. Some of the difference between states’ estimates could be due to how autism is diagnosed and documented or to differences in access to special education services, said Zahorodny.  Also, some ADDM sites, including New Jersey, can review both health and educational records of children, which can lead to more children being identified with autism.

Improvements in Early Identification of Autism

A separate report published recently looking at autism prevalence among 4-year-old children shows improvement in the proportion of children who receive a first developmental screening by the age of 36 months. According to the authors, 84 percent of 4-year-olds received a first professional evaluation by 36 months of age, compared to 74 percent in the previous report from 2014. This is important because the earlier that children are identified with autism, the sooner they can be connected to services that can lead to a better quality of life.