The Savior of the NBA 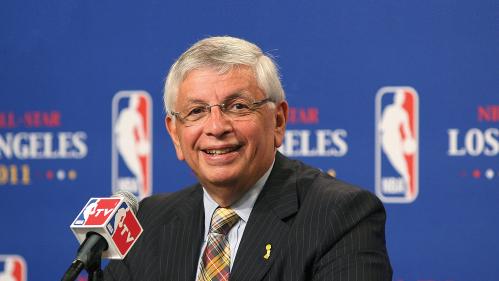 When David Stern took over as the fourth commissioner of the National Basketball Association (NBA) in 1984, the league was in financial peril and many of its NBA championship games had been relegated to late-night, tape-delayed broadcasts. Thirty years later, when he retired as the longest-serving commissioner of any major North American team sport, the NBA was an international multibillion-dollar sports juggernaut, with television revenue having jumped 40-fold. With his knack for marketing the game and willingness to experiment, Stern RC’63 (a 1999 inductee into the Rutgers Hall of Distinguished Alumni), who died on January 1, emphasized making players like Magic Johnson and Larry Bird, Michael Jordan and Charles Barkley, and LeBron James and Kobe Bryant household names worldwide, akin to international soccer stars. One of his proudest moments was witnessing the global reception of the victorious Dream Team—the 1992 U.S. men’s Olympic basketball team comprising star NBA players. During his tenure, Stern introduced seven new franchises as the league grew to 30 teams; saw the value of teams and players’ salaries climb dramatically; and was instrumental in creating the Women’s NBA. When he stepped down, the NBA had agreements to broadcast games in more than 200 countries and in more than 40 languages.