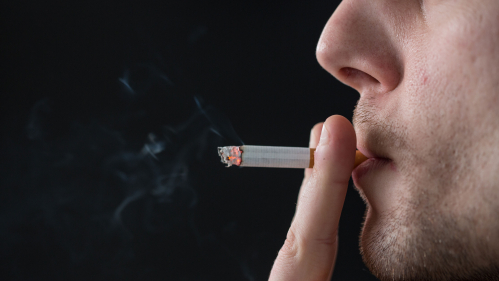 Relationships between smoking, substance use and mental health suggest a need for holistic treatment, according to Rutgers study

Cigarette smoking is associated with frequent substance use and poor behavioral and physical health in sexual and gender minority populations, according to Rutgers researchers.

The study, published in the journal Annals of Behavioral Medicine, examined tobacco use by sexual minority men and transgender women to better understand the relationships between smoking, substance use and mental, psychosocial and general health.

The researchers, who are part of the Rutgers School of Public Health’s Center for Health, Identity, Behavior and Prevention Studies, surveyed 665 racially, ethnically and socioeconomically diverse sexual minority men and transgender women, 70 percent of whom reported smoking cigarettes.

“Evidence also tells us that smoking is associated with worse mental health and increased substance use, but we don’t know how these conditions are related to each other, exacerbating and mutually reinforcing their effects,” said Perry N. Halkitis, dean of the Rutgers School of Public Health and the study’s senior author.

LGBTQ+ people are more likely to smoke than their cisgender and heterosexual peers to cope with an anti-LGBTQ+ society, inadequate health care access and decades of targeted tobacco marketing. Those social stressors drive the health disparities they face, which are compounded by a lack of LGBTQ-affirming healthcare providers, research shows.

“Our findings underscore the importance of holistic approaches to tobacco treatment that account for psychosocial drivers of substance use and that address the complex relationships between mental health and use of substances like alcohol, tobacco and marijuana,” said Caleb LoSchiavo, a doctoral student at the Rutgers School of Public Health and the study’s first author.

The study recommends further research examining the social determinants of disparities in substance use among marginalized populations and how interpersonal and systemic stressors contribute to poorer physical and mental health for minority populations.